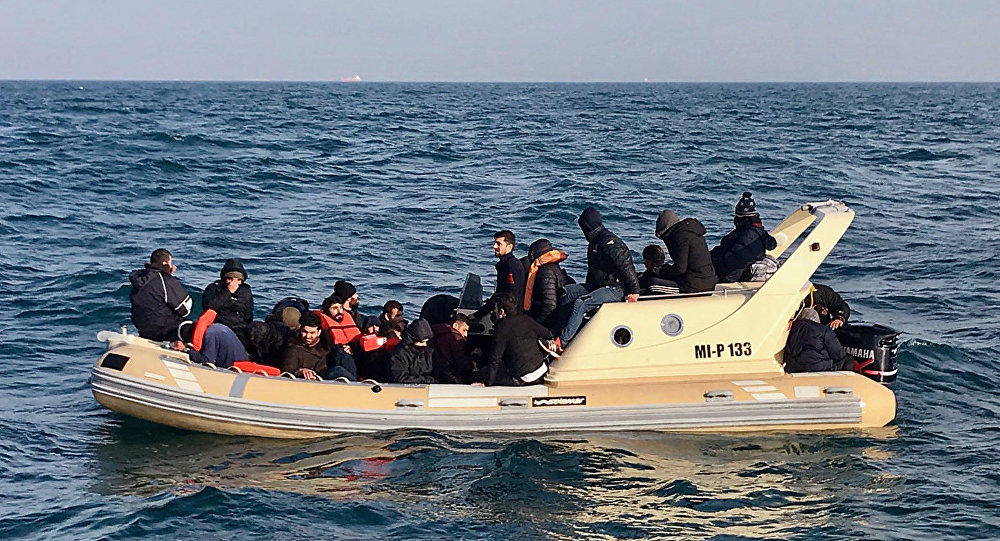 The flow of irregular migrants attempting to reach the United Kingdom increased last year, despite strengthened patrols of the UK border force having been deployed in the area.

The UK Border Force officials have spotted "a record number" of migrant boats off the coast of East Sussex earlier in the morning, Kent News reported. The eight boats containing around 30 people were picked up by the border force at Winchelsea Seaside.

It's reported up to 8 boats carrying migrants have arrived on Winchelsea Beach in East Sussex — it's thought to be a record number of boats arriving in a single day. #HeartNews pic.twitter.com/3XH07ei1Vf

RNLI lifeboats from Dover, Dungeness and Rye had been involved in the incidents, along with coastguard rescue teams from Folkestone, Langdon and Rye Bay, the Marine and Coastguard Agency stated.

It’s thought 8 migrant boats have arrived in Kent today — here are 6 of the dinghys at the Port of Dover @SkyNews pic.twitter.com/FjOSv2M8Hz

​A week ago, eight migrants were reportedly found in a boat in the English Channel heading towards the coast of Kent, the southeasternmost county in England.

The Daily Mail reported that in May alone, 140 migrants arrived in the country by boat.