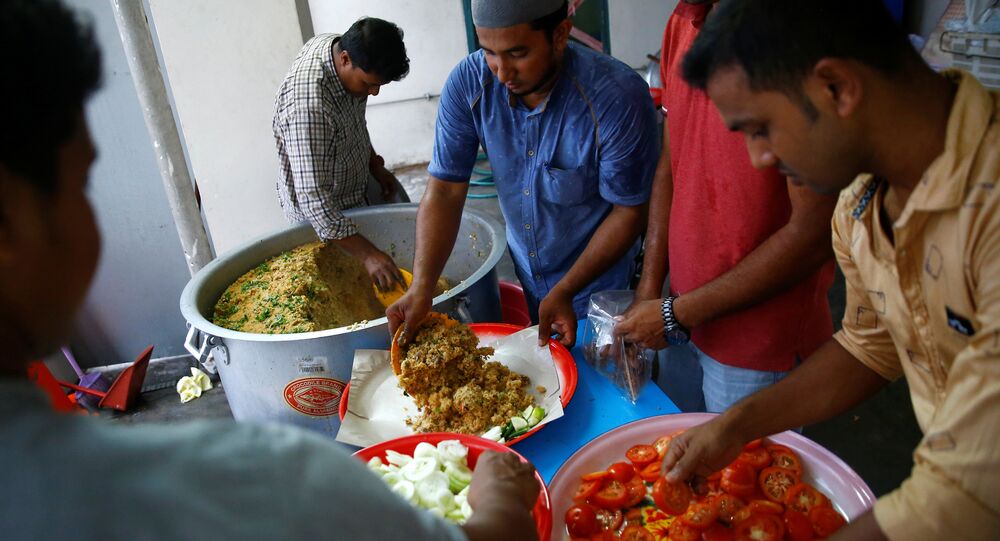 An integration attempt in immigrant-heavy Järfälla municipality has failed, when the Islamic holiday edged out Swedish National Day from the most coveted spot.

Following demands from locals, Järfälla municipality in Greater Stockholm has replaced the National Day celebrations with an Islamic feast in the residential area Söderhöjden, the news outlet Samtiden reported.

At first, the municipal housing company and the municipal cultural centre Huset på Höjden (“The House on the Hill”) intended on 6 June to hold a joint celebration of the National Day of Sweden and Eid al-Fitr, a Muslim holiday that marks the end of Ramadan, the month of fasting.

However, this idea turned out to be unpopular with the resident's of the municipality, where close to half of the population are of immigrant descent, and protests ensued.

The municipality then called its plans a “misunderstanding” and effectively abandoned its integration attempt, deciding to only mark Eid al-Fitr, despite the fact that Ramadan this year officially ends on 4 June, and relegating the National Day celebrations to a less prominent location.

“This is a pure provocation against all of us who love Sweden. The municipality has long been diminishing the National Day by, among other things, banning the national anthem on the Farewell Bell and lumping 'multicultural' elements into the official celebrations”, members of Järfälla council Wilhelm Eriksson and Daniel Cedergren, both representing the right-wing Sweden Democrats party, told Samtiden.

Eriksson is strongly critical of the arrangement, suggesting that the municipality has long held an “anti-Swedish” line. Another case of the municipality's political activism include a teacher “mourning” National Day by dipping the flag in order to warn of the dangers of nationalism.

“Children have been forbidden to sing the national anthem as well. It is sad that it is allowed to continue”, Eriksson told the news outlet Samhällsnytt.

According to him, “eroding Swedish traditions” was “counterproductive for integration”.

“If you want to strike a blow for integration, make sure people are eating herring and meatballs and not halal sausages”, Eriksson argued.

“Please note, there is no Islamisation of Sweden. Move along, nothing to see here”, a user noted wryly.

“At the same time, people are wondering why many become anti-immigration and anti-Islam”, another one chimed in.

Another user cited the culture house's own regulations, where it is described as a “politically and religiously neutral place”.

The National Day of Sweden is a national holiday observed on 6 June every year. Prior to 1983, it was celebrated as Swedish Flag Day. It is held in honour of two events, Gustav Vasa being elected king (6 June 1523) and the adoption of a new constitution (6 June 1809).

According to information from Statistics Sweden, Järfälla municipality is one of the country's areas with the highest proportion of the population with a foreign background. In 2018, 42.5 percent of its residents had an immigrant background, an annual increase of 2 percent.