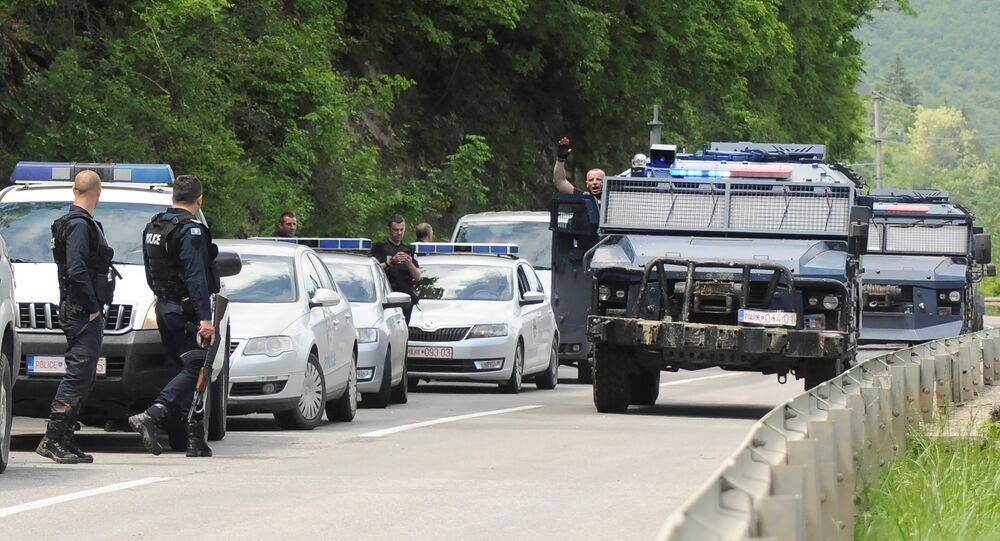 BELGRADE (Sputnik) - Serbian President Aleksandar Vucic during his meeting with Russian Envoy to Serbia Alexander Chepurin wished a quick recovery to employee of the UN Mission in Kosovo (UNMIK) Mikhail Krasnoshchekov, who was hospitalised with head injuries after being detained by the Kosovar police, Vucic's press service said.

"He [Vucic] expressed regret that Russian citizen Mikhail Krasnoshchekov, a UN employee, was wounded during these events and wished a speedy recovery to him", the press service said.

Vucic and Chepurin met behind closed doors earlier on Thursday to discuss recent tensions in Kosovo.

Earlier in the day, the Russian ambassador said that Krasnoshchekov was evacuated from Kosovo to Belgrade for medical treatment.

© REUTERS / Laura Hasani
Russian National, UN Mission Employee, Who Was Detained in Kosovo, Released - UNMIK
The Kosovar police held on 28 May a special operation, allegedly targeting organised crime, in Serb-populated areas in northern Kosovo. The operation resulted in multiple detentions and injuries. The police detained Krasnoshchekov because he had allegedly opposed the actions of law enforcement officers, but then released him as a UN employee.

Another UNMIK employee detained by the Kosovar police was released and hospitalised on 29 May.