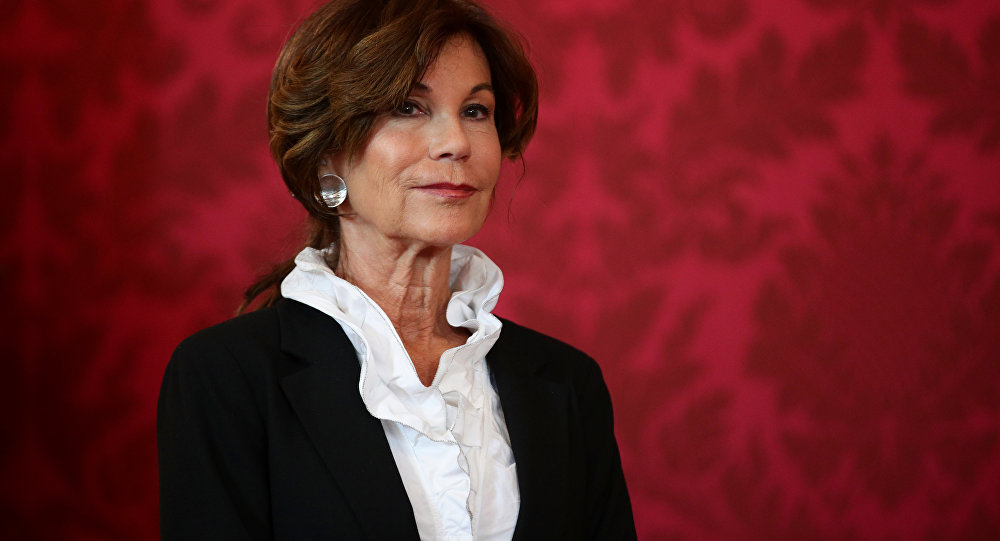 Austrian Chancellor Sebastian Kurz, who assumed office in 2017, lost a no-confidence vote on 27 May after an alliance between his Austrian People's Party and the Freedom Party of Austria fell apart, leading to the dismissal of his government.

Brigitte Bierlein, 69, has been appointed by the president as Austria's interim chancellor following the dismissal of the cabinet of Sebastian Kurz and will remain in office until the country holds its next parliamentary elections, which are scheduled for September 2019.

Despite initially considering a career in art or architecture, Bierlein chose to study law and pursued a career in Austria's judicial system. After serving over 10 years at the Vienna Public Prosecutor's Office, she was appointed advocate general of the Procurator's Office – a department reporting directly to the country's Supreme Court, becoming the first woman to hold such a post in Austria's history.

She was later appointed vice president of the Constitutional Court on the recommendation of the government of Chancellor Wolfgang Schüssel in 2002, also becoming the first woman to hold this position. Her appointment was criticised by opposition politicians as being politically motivated, but supporters of the move suggested that it would promote gender equality in the country.

Under the government of now dismissed Chancellor Sebastian Kurz, Brigitte Bierlein was appointed on 31 December 2017 as acting president of the Constitutional Court, thereby becoming the first woman to hold such a high judicial position in the country's history. Her place was made permanent in February 2018 on the government's recommendation.

However, her tenure as president of the Constitutional Court wouldn't last for long, as she faced mandatory retirement upon turning 70 on 25 June 2019. However, on 30 May she was appointed as Austria's interim chancellor by President Alexander Van der Bellen. Austria has never before had a female chancellor, either interim or otherwise.

Brigitte Bierlein has never joined any political faction, but is perceived to have centre-right leaning views, with most of her major career turns taking place while centre-right coalitions have been in power. At the same time, Bierlein has a reputation of being a person who can work with ideological opponents and has insisted that she is a devotee to the principle of impartiality, just like any professional judge.

Despite choosing a career in the judiciary instead of the arts, Bierlein reportedly continues to cultivate an artistic taste and collects contemporary paintings, although she doesn't consider herself a collector. Aside from this, she reportedly enjoys skiing and sailing.

Bierlein is not married and doesn't have any children, but lives with a retired judge.

The government of Chancellor Sebastian Kurz, who was elected in 2017, was dismissed after he lost a no-confidence vote on 27 May — a first in modern Austrian history. Kurz was voted out by the Social Democrats and the right-wing Freedom Party, which was in an alliance with the Austrian People's Party until it fell apart.

The coalition was shattered due to a political scandal surrounding a video tape that allegedly showed the Freedom Party of Austria's former leader, Heinz-Christian Strache, negotiating conditions with a foreign woman for potentially exchanging government contracts in return for help in an election.