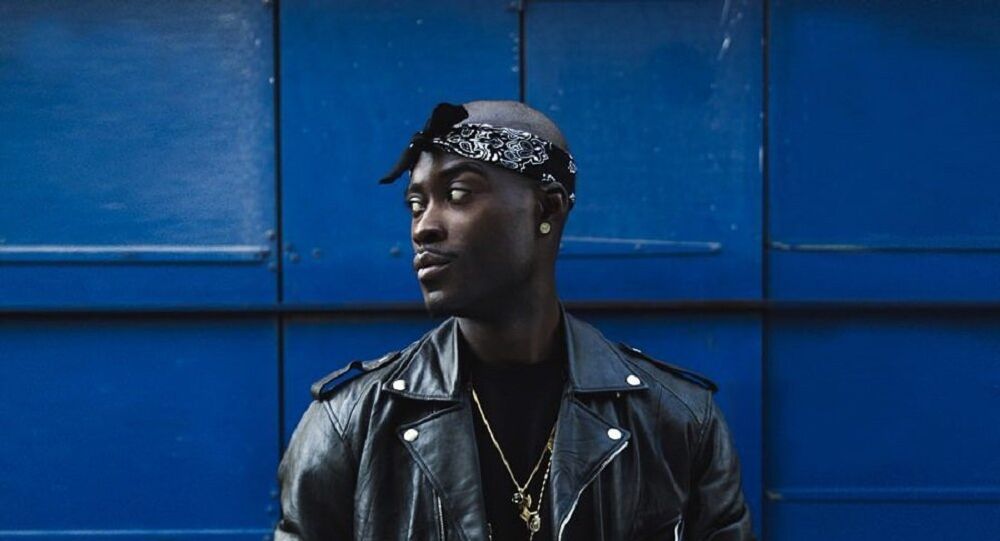 French self-produced rapper of Cameroonian origin Nick Conrad did not enjoy much interest before he entered the spotlight with a music video titled “Hang White People”; however, shortly after a trial over the notorious clip, he released another creation that featured him strangling a white woman, apparently representing France.

French rapper Nick Conrad, who has prompted outrage with his new release "Sweet Country" with the lyrics “I F**k France until agony”, was questioned by Paris judicial police, but walked away free for the time being, French broadcaster LCI (La Chaîne Info) reports. Investigators summoned him due to a probe that was opened by the Paris prosecutor's office following a report by Interior Minister Christophe Castaner.

At the end of his recently released music video, the rapper of Cameroonian origin acted out strangling a white woman. Throughout the song, he also repeated the chorus "I f**k France until agony” and “I burn France”, as well as voiced a wish to plant a "bomb under the Pantheon".

The clip has been condemned by French politicians, including Castaner, who filed an official complaint, as well as by Republican top candidate in the European elections François-Xavier Bellamy. At the same time, the president of the Volunteers Pour la France, General Antoine Martinez, launched a petition, demanding that the rapper be stripped of his French passport.

This dude who strangles women to death in his rap videos and talks about 'burning' France apparently isn't "hateful" enough to face any action from Facebook. https://t.co/s5I288xlaE

​There were also those who sided with Nick Conrad and condemned his critics.

After more than 400 years of race crimes, France harasses an already fined rapper who artistically represented the need to fight back the opression of the french colonial empire and his modern establishment by the metaphor of strangling a white girl. They call him 'racist' 🤔🤨😤 pic.twitter.com/rw0iNGDEGU

​However, the rapper played down his violent lyrics, noting that “the word ‘France’ here is meant to represent the French mentality, media, etc. who have decided to describe Nick Conrad in inaccurate terms rather than to open up thorny debates”. He also explained that his new song was an artistic work and defended himself against being called a "terrorist".

This new controversy surrounding the rapper comes shortly after him being convicted of incitement to murder, which in his case carried a suspended €5,000 fine for his creation titled “Hang White People”. In the song, released last year, he called for white babies to be killed and acted out a mock kidnapping, torture, and hanging of a white man as an example.

However, Conrad appealed the court decision and denied any racism towards whites and argued that the artistic purpose of the clip was to render listeners speechless by inverting roles.

Anti-racism groups butted in by saying that it was a pure incitement to violence, the charge brought against Conrad could have resulted in up to five years in prison, along with €45,000 in fines. However, prosecutors requested a softer punishment, remarking that he had "already to a certain extent paid the consequences" after losing his job as a hotel receptionist.