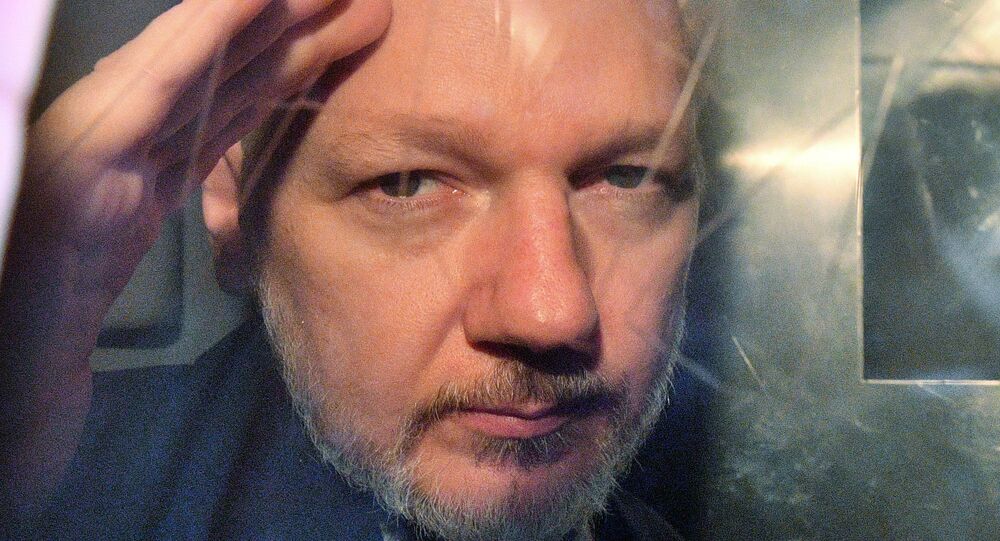 According to a press release by WikiLeaks, its founder, Julian Assange, has been moved to the health ward of Belmarsh Prison, the British jail in which he's been serving a 50-week sentence for skipping bail in 2012. The news comes a day before a formal hearing on his extradition to the US to stand trial for felony charges.

WikiLeaks posted a statement late Wednesday expressing its "grave concerns" about the move, noting Assange's health "had already significantly deteriorated after seven years inside the Ecuadorian embassy," where he remained from 2012 until last month, when he was expelled and arrested.

"During the seven weeks in Belmarsh his health has continued to deteriorate and he has dramatically lost weight," WikiLeaks noted. "The decision of prison authorities to move him to the health ward speaks for itself."

​WikiLeaks condemned a decision by the Swedish court investigating sexual assault claims made against Assange not to postpone his June 3 hearing due to Assange's poor health, noting the journalist's defense lawyer said it was "not possible to conduct a normal conversation with him."

Haxorjoe
MSM Needs to Protect Assange, Not Only Themselves, From Espionage Act

Assange's extradition hearing is Thursday in Westminster Court. However, since the March 2018 US indictment was unsealed last month in which only a single charge was brought against Assange, a second, superseding indictment has been submitted that is far more serious. Invoking the 1917 Espionage Act, the indictment adds 17 charges to the accusations against Assange, bringing a potential 175 years in prison and the possibility of the death penalty.

"The indictments have been widely condemned by free press organizations as the most serious attack against publishing activities in modern times — the Trump administration in essence criminalizes the very act of journalism," WikiLeaks wrote, noting the decision to invoke the Espionage Act against a journalist for the first time was "an unprecedented escalation of the Trump administration's war on the free press."

Kristinn Hrafnsson, editor-in-chief of WikiLeaks, said that "Julian's case is of major historic significance. It will be remembered as the worst attack on press freedom in our lifetime. The People need to voice their condemnation; it is their politicians, their courts, their police and their prisons that are being abused in order to leave this black stain on history. Please act now to avert this shame."