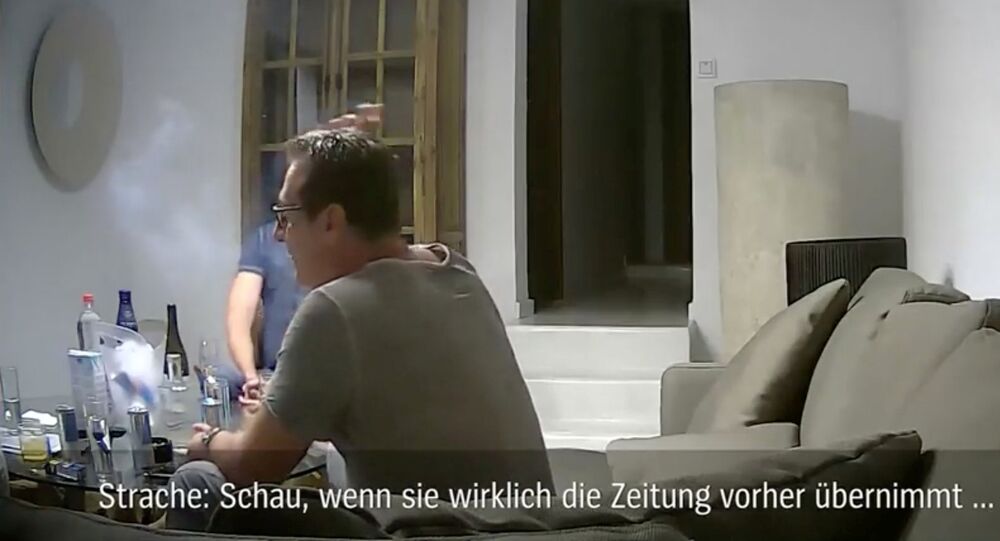 LJUBLJANA (Sputnik) - Russian Foreign Minister Sergei Lavrov, commenting on the political crisis in Austria, said that it has become fashionable to accuse Russians of everything.

“As for the issue of a Russian-speaking Bosnian student, I think everyone understands everything here. Russophobia is now trendy, for it you can get some positive dividends from older brothers and accuse Russians of everything in line with the principle [UK Prime Minister] Theresa May once announced — 'highly likely', this is very fashionable,” Lavrov said at a press conference following talks with his Slovenian counterpart Miro Cerar.

"I urge the media representatives present here to always be objective and write about everything that is actually happening," he said.

© CC0
German Ex-Spy Chief Claims Mossad Behind Video Leak That Led to Austrian Gov't Collapse
On Monday, Austrian newspaper Kronen Zeitung reported citing unnamed sources that a female student who posed as a Russian businessman's niece during her meeting with former Austrian Vice-Chancellor Heinz-Christian Strache in Ibiza in 2017 is allegedly a Bosnian national. No official confirmation of the media report followed so far.

A scandal broke out earlier this month, after German media outlets Spiegel and Suddeutsche Zeitung reported, citing the video recording that they obtained, that then-Austrian Vice Chancellor Heinz-Christian Strache discussed in 2017 the possibility of an acquisition of the Kronen Zeitung newspaper by a woman who called herself a niece of a Russian businessman to secure help at the 2017 legislative elections.

Following the scandal, Strache described the situation as a trap and a "political assassination" and added that the woman was actually Russian-speaking Latvian citizen.

The scandal has already reshaped the Austrian political establishment as Strache, himself resigned, while the government led by Chancellor Sebastian Kurz was dismissed on May 28.