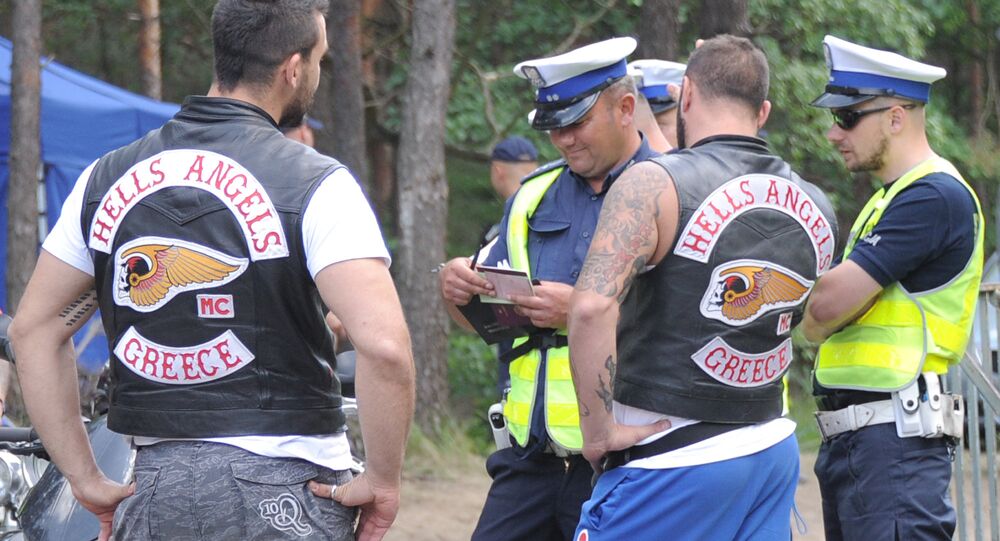 The Hells Angels were formed in Oakland, California in 1948 - the name derives from a World War II USAF bomber squadron - and the biker gang spread around the world, with chapters in Europe, Australia and Latin America.

A court in the Netherlands has banned the Hells Angels motorcycle gang, blaming it for a culture of violence and organised crime.

It is the first time the Angels have been formally proscribed as an organisation anywhere in the world and it is unclear how the ban will be enforced.

On Wednesday, 29 May, the Central Netherlands Court in Utrecht banned the Dutch arm of the gang and its international parent organisation.

In a written statement the court said: "The violence is structural and comes from the motorcycle club's culture."

First they came for the motorclubs…

​The national prosecutor's office said it was satisfied with the ruling.

The Hells Angels are the most infamous biker gang in the world and have been involved in countless violent incidents in North America, Scandinavia, Britain and in Holland itself.

On 22 February 2000 police in the Dutch city of Haarlem found four men — one of them a full member of the Hells Angels, another a "prospect" and two friends — gunned down in the Club Esther brothel.

The killings were linked to drugs and prostitution, both of which the Angels are heavily involved in.

A Dutch court on Wednesday banned the Hells Angels motorcycle gang in the Netherlands, saying it had a track record of violent crime including the killing of rivals, shoot-outs, and drug and weapon offences. pic.twitter.com/hLZ9mNI1gn

​In April 2016 gunshots were fired during a huge brawl between Hells Angels and rival bikers from the Mongols gang at a hotel in Rotterdam.

In 1996 a biker war broke out in Scandinavia between the Angels and their arch-rivals the Bandidos, which involved missiles being fired at rival clubhouses. Several people were killed in attacks in Denmark, Sweden and Norway before a ceasefire was declared.

In 2007 Gerry Tobin, a Hells Angels member, was gunned down as he rode his bike on the M40 motorway in England. His killers, from the rival Outlaws gang, were later jailed for life.

The Hells Angels first came under police surveillance in Portugal in 2002 but the dragnet was stepped up last year after 100 bikers attacked a rival group in a Lisbon suburb.

Police in England have reportedly cancelled leave on Saturday, 1 June, to cover a "ride out" of 700 Hells Angels bikers between Surrey and Brighton to mark the 50th anniversary of the setting up of the first Angels chapter in England.

Explaining why people want to join the Hells Angels, the club's founder Sonny Barger told Sputnik reporter Chris Summers in 2000: "It's not just about the bikes — they want to belong. They're looking for brotherhood, friendship and loyalty."