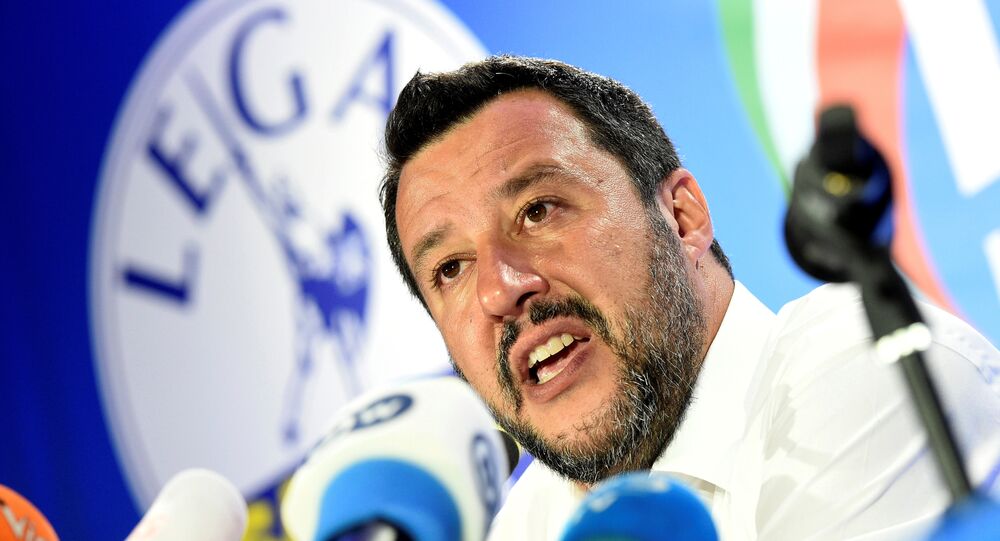 Italy’s public debt reportedly reached an all-time high in April 2018, exceeding 2.3 trillion euros (around $2.7 trillion). The EU forecasts that the figure is almost certain to increase significantly before the end of this year.

"At a time when youth unemployment touches 50 percent in some regions […] someone in Brussels is demanding, under the old rules, a fine of three billion euros”, he said.

READ MORE: EU Sanctions Will Not Be Such Big Blow to Italy – Scholar on Budget Row

Salvini pledged that he will use “all his energy” in a bid to change what he described as the “rules from the past”.

He added that it remains to be seen whether “this little letter from Brussels in which they sanction us for debt accumulated in the past arrives”.

Salvini’s remarks followed the European Commission’s warning earlier this month that Italy's public debt may increase to a record 133.7 per cent of the country’s GDP before the end of 2019 and that it may grow even further to 135.2 per cent in 2020. This would make it more than double the EU's 60 per cent limit.

In 2018, the figure stood at 132.2 per cent of the country's GDP, according to the Italian Central Bank, which vowed at the time to place over 400 billion euros worth of bonds on the market in order to service the state's debt.

© CC0
Expert on Italy, EU Budget Clash: If They Possibly Can Reach Agreement, They Will
Salvini’s statement comes amid reports that the European Commission is due to announce disciplinary measures against Italy on 5 June, when it will slap the country with a fine worth about 0.2 per cent of Italy’s GDP.

The AFP news agency, in turn, quoted an unnamed European source as saying that Brussels plans to send a letter to Rome on Wednesday to urge the Italian government to clarify what it is going to do about the problem.

Italy’s financial instability and the economic meltdown are cited as one of the main factors adding to the country’s increasing public debt which has been on rise since the 2008 recession. Additionally contributing to the problem could be the IMF’s bailouts to Italy's ailing economy amid the ongoing debt crisis in the Eurozone.