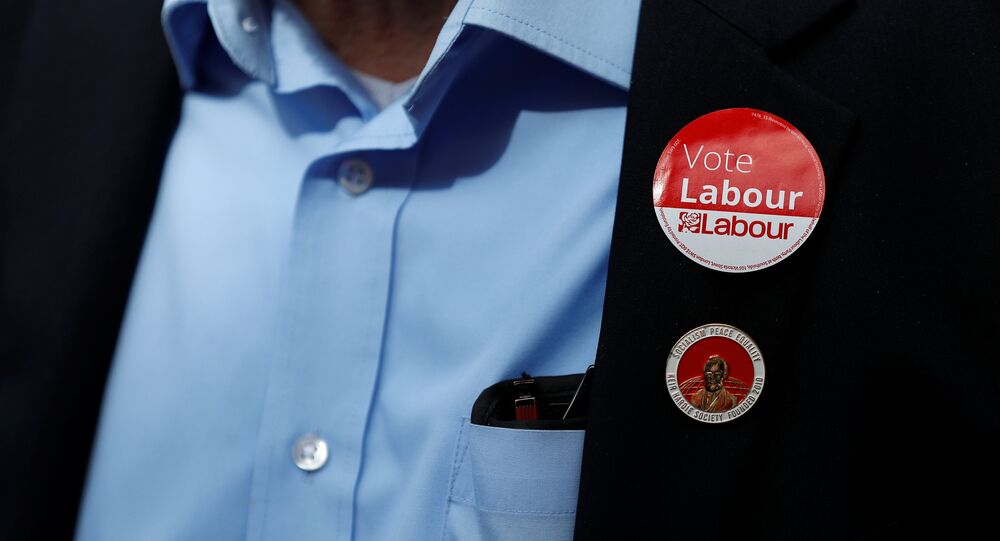 Several figures in other parties have faced similar sanctions for encouraging voters to back the Liberal Democrats - Conservatives Michael Heseltine, former deputy prime minister, and Andrew Cooper, founder of the polling firm Populus and David Cameron's director of strategy in Downing Street, were both suspended over the course of the campaign.

Alastair Campbell, controversial former communications chief to Tony Blair, has been expelled from the Labour party for saying he voted for the Liberal Democrats in the European elections because of their support for a second Brexit referendum.

The prominent remainer and People's Vote campaigner said he was "sad and disappointed" at the expulsion, and after taking advice from lawyer would appeal against the decision.

"I am and always will be Labour…I voted Lib Dem, without advance publicity, to try to persuade Labour to do right thing for country/party. In light of appeal, I won't be doing media on this. But hard not to point out difference in the way antisemitism cases have been handled," he said in a series of tweets.

1. Sad and disappointed to receive email expelling me from @uklabour — particularly on a day leadership finally seems to be moving to the right place on Brexit, not least thanks to tactical voting by party members, including MPs, councillors and peers who back @peoplesvote_uk.

Campbell also claimed there were several previous cases in which members had voted for other parties and causes without penalty, with some individuals having gone on to become senior party figures, and invoked the example of Blair allowing Corbyn to remain in the Labour party while prime minister despite pressure to withdraw the whip from rebellious backbenchers.

However, Labour Barking MP Margaret Hodge has not been punished despite urging voters to support pro-EU candidates in the European elections. In a leaked recording from a think tank event, Hodge disagreed with a panellist who urged party members to avoid voting tactically and instead support their local Labour candidates.

"I think taking whatever action you need, within your locality, that gives you the best likelihood of electing somebody who will be a pro-European MEP, I think is the way you should go, I really do. I know that's controversial but sometimes we allow the tribalism of politics to override the values and judgement we need to take on particular issues," she said.

Nonetheless, Shadow Environment Secretary Sue Hayman has said Hodge's comments were "very disappointing" and she should "consider her position within the Labour Party".

So it seems that being a war criminal who helped knowingly falsify a dossier on Iraqi WMD that resulted in millions of deaths and maimings across the Middle East does not get you expelled from the Labour Party. But saying you voted Lib Dem does.

Many greeted the news of Campbell's expulsion on social media, although some expressed disbelief he hadn't been ousted earlier. He has long-been a highly controversial figure within the Labour party due to his intimate involvement in the preparation and release of two dossiers claiming Baghdad possessed weapons of mass destruction in the lead up to the 2003 Iraq War. Both have been heavily criticised for overstating or distorting actual intelligence findings in order to justify long-existing plans for the invasion.

Given it's a Labour Party rule that any member who publicly supports another party auto-excludes themselves — as it was when Tony Blair was leader — why is there any controversy over Alastair Campbell? Should the rules not apply to him, and if so, why?

Being kicked out of the party is the least he deserves.

In particular, it was found the first document (the ‘September Dossier') had been altered on Campbell's orders to be consistent with a speech given by President George W. Bush and statements by other US officials. On 9th September 2002 Campbell sent a memo to John Scarlett, chair of the Joint Intelligence Committee, in which he directed the British dossier be "one that complements rather than conflicts with" White House claims.