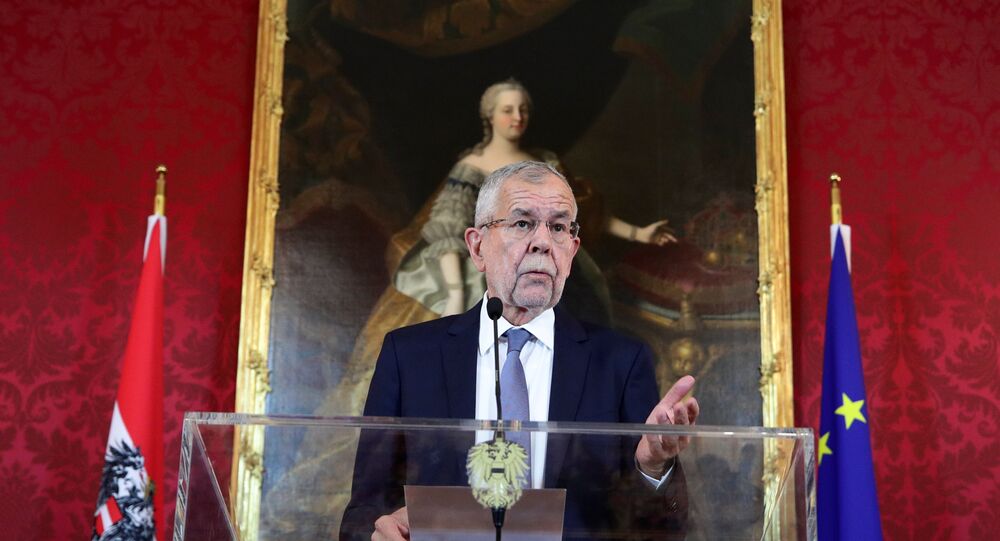 On Monday, the Austrian parliament passed a motion of no confidence against Chancellor Kurz and his government amid the scandal involving the ruling party's coalition partner, the FPO, whose former leader Heinz-Christian Strache was taped seemingly conspiring to exchange government contracts for help in the election.

The president has tasked Vice Chancellor Hartwig Loger, who became interim vice chancellor a week ago, with serving as Austria's chancellor until the appointment of an interim head of government, who will remain at the helm until early parliamentary elections in September.

This comes after Austrian lawmakers from the Social Democrats and the right-wing Freedom Party passed a motion of no confidence in the government, while Kurz's Austrian People's Party (OVP) and liberal NEOS party voted against the motion.

Kurz, for his part, assured the president that his party is “ready for an orderly transfer of power and the transitional government” and that it “will support the interim government unconditionally, regardless of who he [the president] finds”.

This was preceded by the publication of a video that showed Strache discussing a deal that reportedly could have helped the FPO in the 2017 parliamentary elections with a Latvian woman posing as a Russian oligarch’s niece.

© CC0
Austrian President Says All FPO Ministers Except Foreign Minister Quitting
Earlier this month, German media outlets reported that Strache discussed with the woman an agreement that would involve her acquiring the Kronen Zeitung newspaper and gaining access to several government projects in exchange for favourable media coverage Strache in the run-up to the 2017 general election.

While media claimed that the woman was Russian, the official, who has described the video as an attempted "political assassination", said that she is from Latvia.