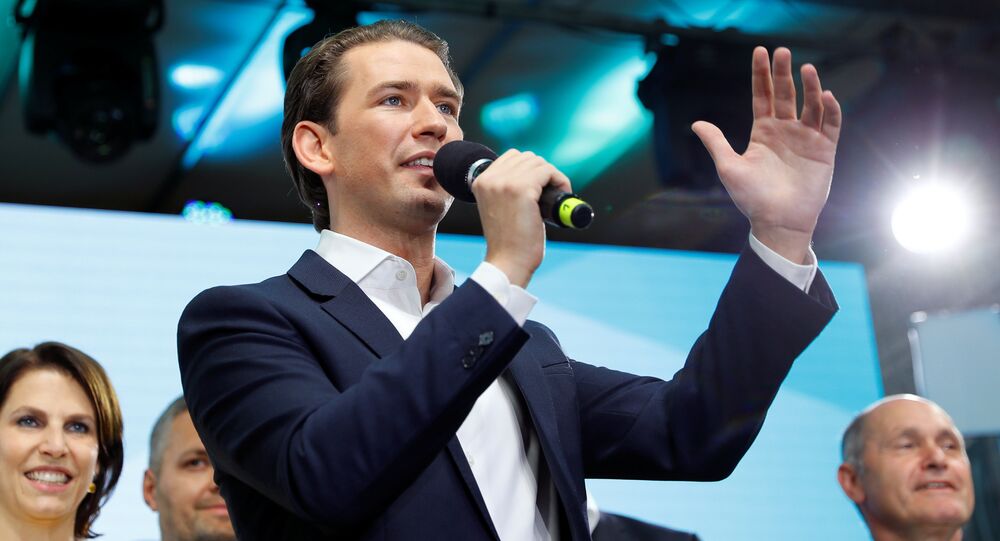 On Monday the Austrian parliament voted to oust young Chancellor Sebastian Kurz, who became the world's youngest leader at just 31 years of age, more than a week after he expelled his Freedom Party partners from the coalition government over a video scandal.

With his recent deposition, Kurz seemed to break another record, becoming the country's shortest-serving chancellor, as well as the first in Austria's post-war history to be removed in a no-confidence vote. So here is a short review of the story of one of the youngest politicians in Europe.

The only child of a secretary and a teacher, Kurz joined the OeVP's youth wing in 2003. The former law student who never completed his degree became a star in politics, rising to become the secretary of integration in 2011 and the youngest foreign minister in history two years later, aged just 27.

In May 2017, Kurz came to power within the OeVP, bringing down the unhappy "grand coalition" with the Social Democrats (SPOe). Later in December 2017, he became Austria’s youngest chancellor, ruling in coalition with the Freedom Party. Its leader, Heinz-Christian Strache, who will later become the linchpin for the chancellor’s downfall, was named vice chancellor.

Kurz fronted his campaign for the seat of chancellor under the slogan "putting Austrians first", appearing to make good on his promise. He claimed credit for closing the Balkan migrant trail in 2016. His government cracked down on immigration, tightening access to apprenticeships for asylum-seekers. It also carried out its agenda of tax cuts and raised the maximum working day to 12 hours, in what was seen as a concession to business. Kurz had remained popular in his country, earning a reputation for being a man of action, "without hounding and polemics," as Der Standard wrote in 2017.

Some critics within the OeVP accused Kurz, a private politician who is not often seen in public with his girlfriend — the economics teacher Susanne who he’s been dating since their school years — of being a "mini-dictator" and running the party as a "one-man show," yet those close to Kurz dismissed these claims.

A scandal which led to the chancellor’s ousting broke out a week before the European Parliament vote in May, after a video of a 2017 sting operation was released showing Strache apparently promise to fix public contracts for money to a woman posing as a niece of an oligarch from Latvia. Kurz appeared for a while to be emerging unscathed after ending the coalition with Strache’s party and calling for a new general election, but the Austrian parliament showed him no mercy.

The young star still has hopes that voters will hand him a strong personal mandate in the autumn. In European elections on Sunday, his People's Party (OeVP) won 34.9 percent of the vote overall, up almost eight points from the last such vote in 2014 and a record for any Austrian party since the country joined the European Union in 1995.