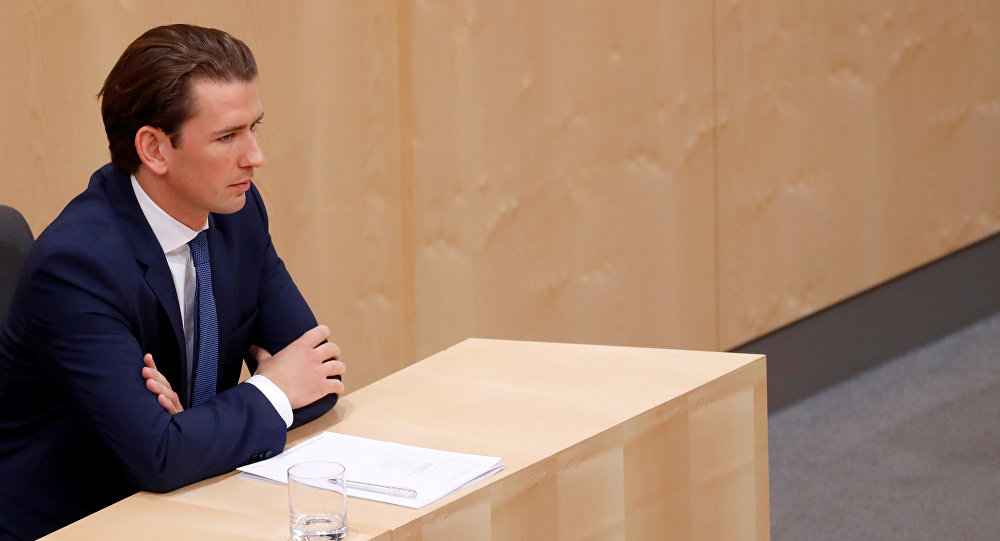 VIENNA (Sputnik) - Austrian President Alexander van der Bellen announced on Monday that he will release the government led by Chancellor Sebastian Kurz from duties on Tuesday.

Earlier in the day, the lower house of the Austrian parliament passed a motion of no confidence against Kurz and his government amid the scandal involving Kurz's coalition partner, the Freedom Party of Austria (FPO), whose former leader Heinz-Christian Strache was taped discussing potentially exchanging government contracts against help with election.

"I entrust Vice Chancellor Hartwig Löger to head the Federal Chancellery and the federal government," van der Bellen said at a press conference.

© REUTERS / Lisi Niesner
Austrian Chancellor Kurz Loses No-Confidence Vote Amid Video Scandal
Löger will officially head the Austrian government on Tuesday and represent Austria at the EU Summit in Brussels in the evening.

Earlier in May, some of the major German media reported, citing a video recording made during a July 2017 meeting in Ibiza, Spain, that an alleged niece of an oligarch from Latvia offered Strache to give FPO money and help them with press support ahead of the parliamentary election, while Strache reportedly offered government construction contracts in return. As a result of the scandal, Strache resigned as the vice-chancellor and the leader of FPO

Strache said that the woman involved in the scandal was a Russian-speaking Latvian citizen. He also described the situation as a trap and "political assassination."