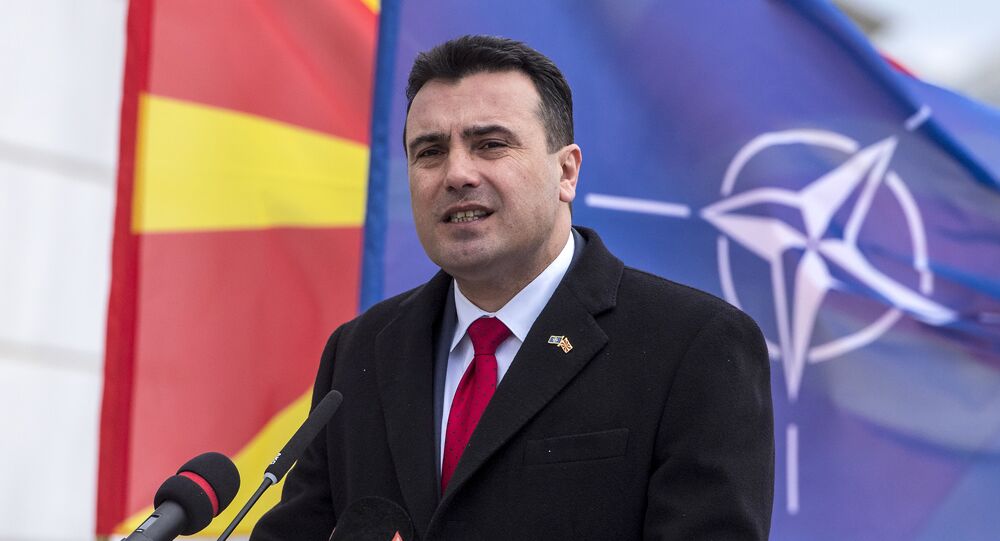 MOSCOW (Sputnik) - The prime minister of North Macedonia and leader of its ruling Social Democratic Union (SDSM) party, Zoran Zaev, said on Monday that he was going to dismiss at least three more ministers ahead of Skopje's prospective accession talks with NATO and the European Union.

“There will be changes among the ministers, deputy ministers and other functionaries in the government, as well as directors of state enterprises and state agencies … We speak of many ministers, I will not give you the number”, Zaev said in a video posted by the SDSM on Facebook.

In addition to the six fired ministers, three of whom came from the justice, culture and education ministries, at least three more will have to go, Zaev said.

The reshuffles are taking place amid Skopje's preparations to receive NATO Secretary General Jens Stoltenberg for a visit from June 2-3.

Both Zaev and North Macedonian President Stevo Pendarovski have repeatedly stressed that all current reforms and efforts are in the name of paving Skopje's way to the European Union and NATO.

© Sputnik / Vladimir Astapkovich
Trump Asks Senate to Approve North Macedonia Joining NATO as 30th Member State
On April 21, ahead of the country's presidential election, voters presented Zaev with a broom as a symbol of their demand for a clean-up among the political elite. Last week, Zaev fired 78 fellow party members in 80 municipal branches. The SDSM's executive council was entirely dismissed, along with six deputy heads, three secretaries and the coordinator of the women’s forum.

In February, North Macedonia formally acquired its current name after years of controversy with Greece, which has a region that is also called Macedonia, making its EU and NATO aspirations more realistic.