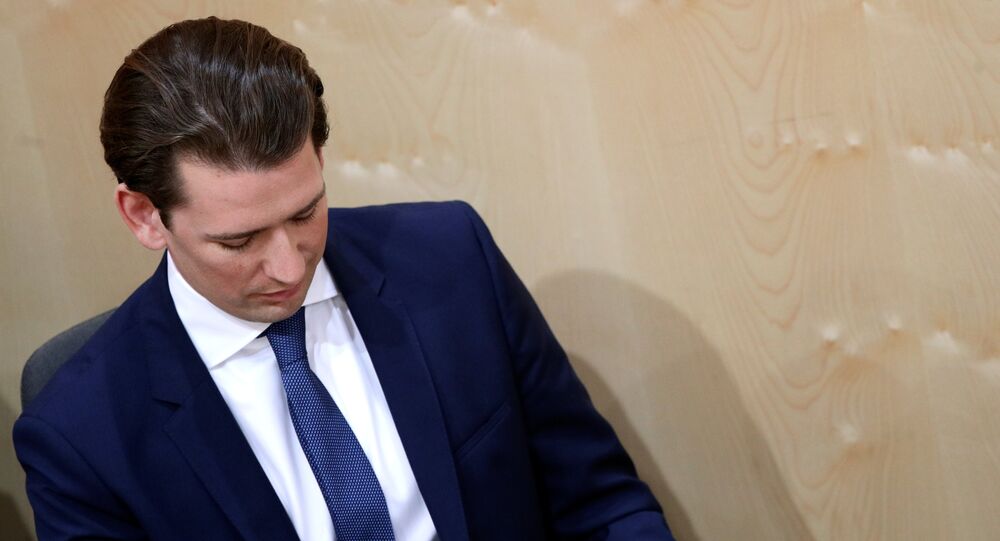 Austrian President Alexander Van der Bellen will now have to appoint a chancellor able to gain parliament's support until the next general election.

Austrian lawmakers from the Social Democrats and the right-wing Freedom Party have passed a motion of no confidence in the government of Chancellor Sebastian Kurz, while Kurz's Austrian People's Party (OVP) and liberal NEOS party voted against the motion.

"The National Assembly has withdrawn its confidence from the entire government for the first time in the Second Republic", the parliament's Twitter account read.

Austrian Chancellor Sebastian Kurz after the vote assured the country's president that his party would ensure an orderly transfer of power and support any interim government.

“After the parliamentary vote, I called the federal president and assured him that we are ready for an orderly transfer of power and the transitional government, and that we will support the interim government unconditionally, regardless of who he [the president] finds," Kurz said in an address to supporters, broadcast by the ORF television.

Kurz added that his Austrian People's Party will take into account parliament's recent democratic decision, however, in the forthcoming months, it will be seeking the support of the public.

"Because today the decision has been made by the parliament, but ultimately, it will be the public that will decide in the democracy," he said while addressing his supporters.

The Freedom Party was in coalition with Kurz until last week, when the party found itself in the centre of a political scandal after its' former leader and the country's former Vice-Chancellor Heinz-Christian Strache was taped discussing potentially exchanging government contracts against help with election.

Following the scandal, Strache himself and all ministers from the Freedom Party, except for Austrian Foreign Minister Karin Kneissl, resigned. Several days later, Kurz approved a list of new ministers who would replace those who resigned.

© REUTERS / Leonhard Foeger
Austria's Kurz Approves Cabinet Reshuffle Amid Video Scandal - Reports
German media outlets reported that back in 2017, Strache discussed with a woman a deal that would see her acquire the Kronen Zeitung newspaper and gaining access to several government projects in exchange for favourable media coverage for the politician ahead of the 2017 general election.

While media claimed that the woman was Russian, the official, who has described the video as an attempted "political assassination", said that she was from Latvia.