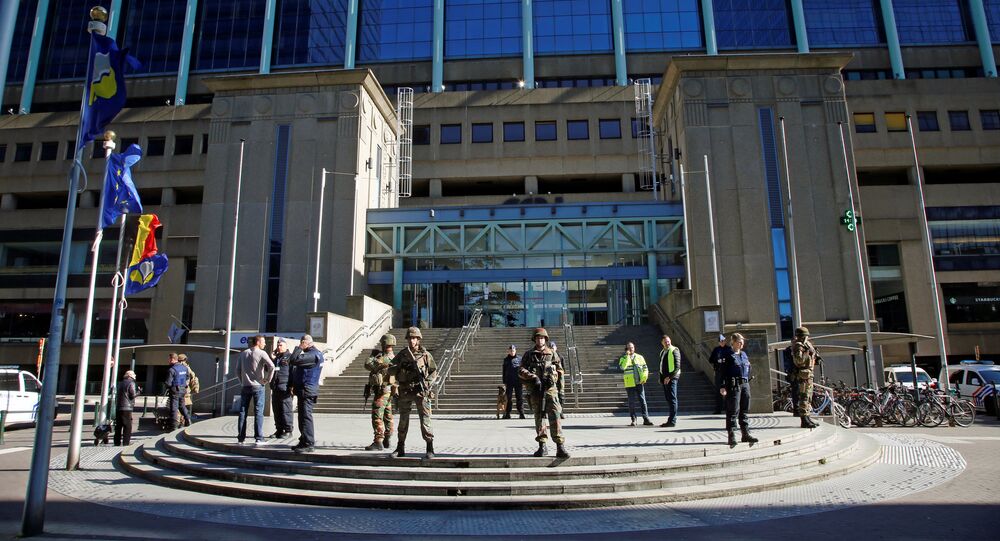 Belgian Brussels-North railway station is one of the three major stations that carries some 200,000 weekly and is located near several corporation headquarters, government offices and Flemish ministries.

The police have evacuated Bruxelles-Nord train station in the Belgian capital, a representative of the federal police told Sputnik Monday.

"At the moment, Bruxelles-Nord station is being evacuated", the police representative said.

According to the police spokeswoman, there was no other information available at the time.

"Due to a bomb alert, trains are not stopping at the moment at Bruxelles-Nord station", the SNCB train operator said on Twitter.

The operator asked people to follow the instructions of the authorities acting on the scene.

Bomb threat in the train station beside my work. Brussel noord. Pray for me. pic.twitter.com/ybx4NG6fMW

The operator continued by saying that the traffic hadn't been interrupted though trains aren't allowed to stop at the station.