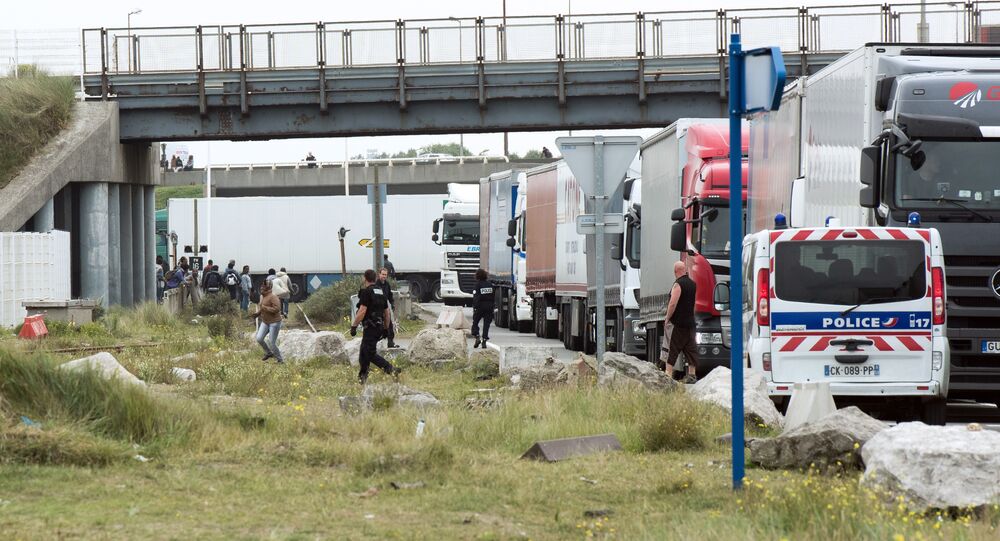 Two men defied death as they clung to the bottom of a military vehicle that crossed the Channel and then drove 80 miles to Oxfordshire.

A major security alert was sparked in the UK by two illegal immigrant stowaways after they hid under a coach carrying British Army officers in France to a military base in the UK, The Mail reported.

The migrants, who are believed to be from northern Africa, are said to have randomly selected the bus as it was waiting to board a Brittany Ferries service from Cherbourg to Portsmouth.

The two men pulled off a death-defying stunt by clinging to the bottom of the coach as it crossed the Channel and then drove 80 miles to a military camp in Oxfordshire.

The vehicle was transporting officers from the 4 Regiment, Royal Logistics Corps (RLC), and accessed Dalton Barracks in Abingdon with the stowaways still in hiding on Thursday evening.

“Just as the officers were leaving the coach, there were some strange noises at the back of the vehicle and these two guys climbed down and made a run for it,” The Mail was told by a source at the base on Sunday.

“The camp went into lock-down and every soldier was ordered to search the base to find the stowaways.”

“Every vehicle going in and out of Dalton Barracks was thoroughly searched and at one point it was thought there might have been a third stowaway.”

“Everyone was amazed and impressed by how they had managed to hold on to the bottom of the bus for so long. They were exhausted when we found them so we gave them water.”

© AFP 2020 / ALAIN JOCARD
WATCH Hundreds of Migrants Occupy Charles de Gaulle Airport in Paris
The bus had been hired by officers for a field study exercise in France, and since they were casually dressed on the route back, the stowaways had no way of identifying the vehicle as military transport.

In a comment, the Ministry of Defence said it was aware of the incident at Dalton Barracks.

“The matter was rapidly dealt with in conjunction with Thames Valley Police and at no point was the security of the base or our people at risk,” said the ministry.

© AP Photo / Marco Ugarte
Over 200 Migrants Found Trapped in House in Mexico Without Food, Water - Reports
According to research provided by Migration Watch UK, up to 12,850 people gained illegal access to the UK last year by hiding inside or clinging to vehicles.
...
Reddit
Google+
Blogger
Pinterest
StumbleUpon
Telegram
WhatsApp
50