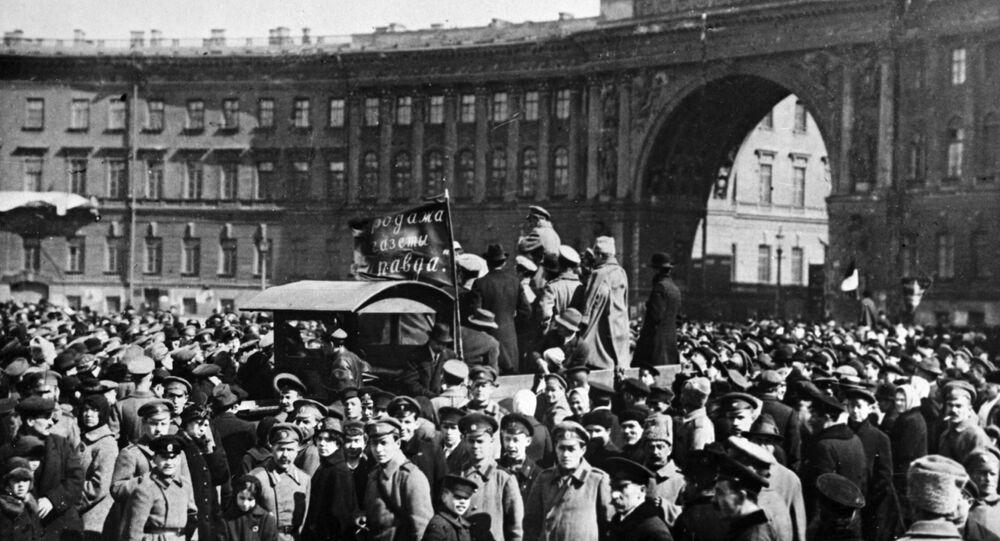 When One Russian Was Worth 17 Englishmen: What Links a UK Jail and Baltic Fleet?

Britain and the Soviet Union were in a state of virtual war 100 years ago today, with London backing a disparate collection of anti-revolutionary forces against the Bolsheviks. Sputnik looks back at that time and a particularly bizarre prisoner exchange.

On 27 May 1919 Bolshevik naval commander Fyodor Raskolnikov was released from Brixton prison in London and eventually exchanged for 17 British prisoners of war who were being held by the Bolshevik forces.

Raskolnikov — who had been an influential Bolshevik leader in the navy during the Russian Revolution — was the commander of the Baltic Fleet and was captured off Tallinn (then known as Reval) in December 1918 by British forces supporting the White or anti-Bolshevik forces.

The Bolsheviks, under Vladimir Ilyich Lenin and Leon Trotsky, had seized power in Moscow in October 1917 much to the chagrin of Britain, France and the United States who had lost a valuable ally in the Tsar and feared the rise of communism.

Winston Churchill would later say it had been a mistake not to "strangle Bolshevism at birth" but Britain and its allies certainly did attempt to throttle the communist baby in its cot.

​The British, Americans and Japanese backed the so-called White armies of Kolchak, Denikin and Yudenich against the Red Army, led by Trotsky.

Tension was running high in Moscow and Petrograd — what is now St Petersburg — and hostility to the British overflowed in August 1918 when a "Bolshevik mob" stormed the British Embassy in Petrograd and killed the naval attache, Captain Francis Cromie.

Britain, the US and Japan continued to arm the White forces — who were a mixture of Tsarists, democrats and militarists — who were allied with Poles and other traditional foes of the Russians.

: Kronstadt and Petrograd in 1917: the memoirs of Fyodor Raskolnikov #1917LIVE https://t.co/XADLUHrVey

​Millions of peasants were conscripted into the Red Army and Soviet propaganda was extremely effective as it played on fears of the return of the Tsar and the old feudal system.

The Bolsheviks also played the patriotic card and effectively portrayed the Whites as the stooges of foreign powers.

In the summer of 1919 the Reds began to turn the tide against the Whites, capturing their seat of government in Omsk and executing Admiral Alexander Kolchak, the main White leader, in February 1920.

The other White commanders all gradually gave up — General Anton Denikin fled to London in April 1920 and died in exile in the US, Nikolai Yudenich was arrested in Estonia and later died in exile in France.

​The last White commander, General Pyotr Wrangel, fled by sea in November 1920 and died in Belgium eight years later, having apparently been poisoned by a Soviet agent.

So what happened to Raskolnikov?

After his release from Brixton prison he was put under fairly luxurious house arrest at hotel in central London — allowed to visit London Zoo, the British Museum and the opera in Covent Garden — while his wife Larissa lobbied for him to be swapped for British prisoners of war held in the Soviet Union.

Eventually this was agreed and the handover took place at the Finnish border.

Among those who were swapped was a Major Goldsmith, who had been the British military agent supporting the White forces in the Caucasus.

Raskolnikov had not signed any paper promising the British to stay out of combat and he was immediately given command of the Caspian Flotilla, which attacked the Whites near Astrakhan.

In May 1920, after the Bolsheviks seized Baku and its oilfields, he carried out a naval raid on the Iranian port of Enzeli, where a White fleet had sought sanctuary under the protection of the British.

​Raskolnikov captured the White Russian ships and obliged the British commander to surrender, which was a humiliating defeat.

He was awarded a second Order of the Red Banner and after the civil war ended he became a diplomat, representing the Soviet Union in Afghanistan, Estonia, Denmark and Bulgaria.

But in 1937, fearing he was about to become a victim of Stalin's purges, he went on the run.

He had received a dreaded letter recalling him to Moscow from Sofia but instead he travelled to Paris and then to the south of France, where he wrote a famous Open Letter to Stalin in August 1939.

His death in a nursing home in Nice on 23 September 1939 was somewhat overshadowed by the fact that the Second World War had just broken out.

​How exactly Raskolnikov died is unclear — some reports said he "fell out of a window" while others suggested he was poisoned.

After his death the Open Letter to Stalin was published in a Russian émigré newspaper in Paris.

"Your 'socialism', which, now it has triumphed, can find room for those who built it only behind prison bars, is just as remote from real socialism as the tyranny of your personal dictatorship is without anything in common with the dictatorship of the proletariat," Raskolnikov told Stalin.

Runway and Daily Life: Insight Into the Fashion Trends of the Soviet Union