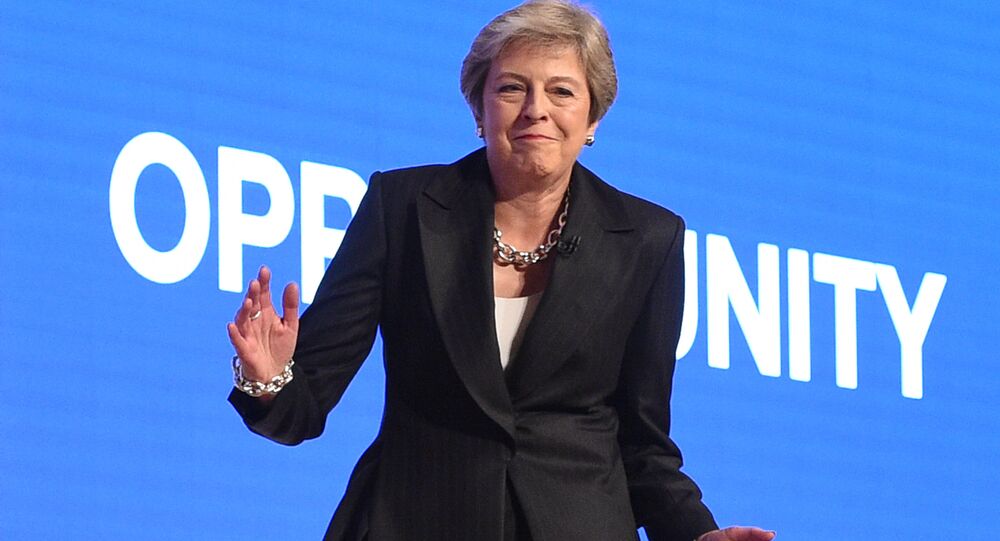 British Prime Minister Theresa May announced her resignation as Tory leader on Friday, effective 7 June. May said that she would continue to lead the government until her successor is chosen.

UK Prime Minister Theresa May arrived with her husband Philip for the weekly service at St Andrews Church in Sonning, Berkshire in her Maidenhead constituency on Sunday, greeted by tail-wagging Blitz the border collie outside the church.

May’s smiling face was a stark contrast to her tearful appearance Friday when she announced she would quit her post in June to make way for a successor.

While May looked as if she had a tremendous weight taken off her shoulders, Conservative MPs seeking to replace her are gearing up for a furious all-out battle.

Boris Johnson, a leading contender to take over from Theresa May, threw his hat into the ring within minutes of the PM’s resignation announcement on the steps of Downing Street on Friday.

In a series of meetings with MPs, Johnson reportedly said: “I’m could be your lifeline. I’m the only candidate in this contest who can defeat both Nigel Farage and Jeremy Corbyn”, The Sun reported.

Johnson was said to have spent the past few months drawing up a detailed manifesto for his first months as PM, containing policies that he believes are clear vote-winners and will bolster his appeal to the average voter.

© REUTERS / Neil Hall
Brexit Party Leader Nigel Farage Casts His Vote in European Elections (VIDEO)
As figures stand today, about 28 per cent of Britons believe that Boris Johnson would make a good prime minister, thus putting him ahead of other potential candidates to replace Theresa May, according to a YouGov poll.

Although May survived a no-confidence vote last December, she then came under intense pressure from British MPs due to her inability to gain their support for the UK withdrawal agreement she had negotiated with the EU.

The Brexit deadline was subsequently extended to 31 October.