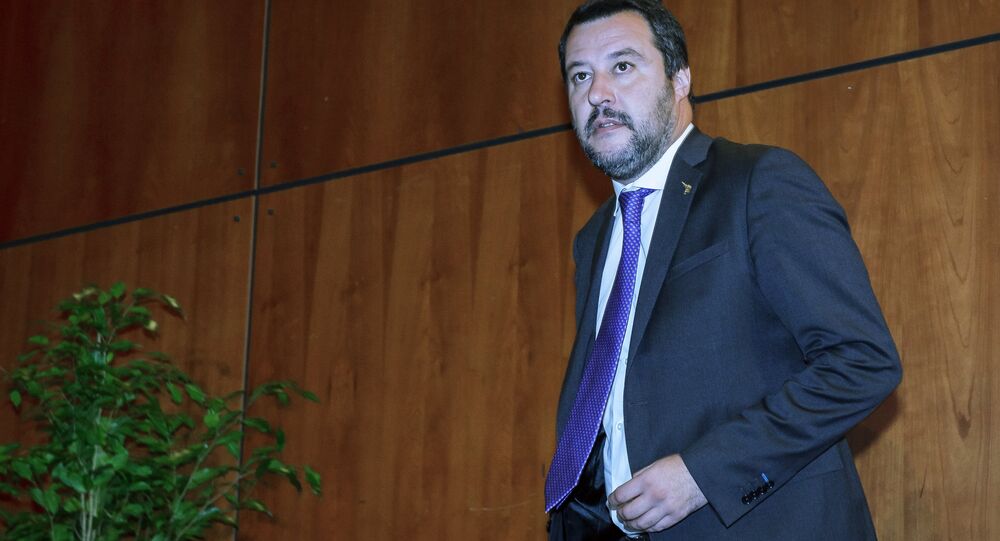 Matteo Salvini, Italy's deputy prime minister, interior minister and leader of the Lega Party, is casting his vote in the 2019 European Parliament elections in the city of Milan.

The right-wing Lega Party is expected to make gains in the vote, winning up to 26 seats in the next European Parliament compared to the 6 seats it currently holds, according to some estimations.

EU voters are voting from Thursday to Sunday to elect new members of the 751-strong European Parliament. According to EU parliament data, more than 426 million European citizens are eligible to vote. Each country sets its own election day.