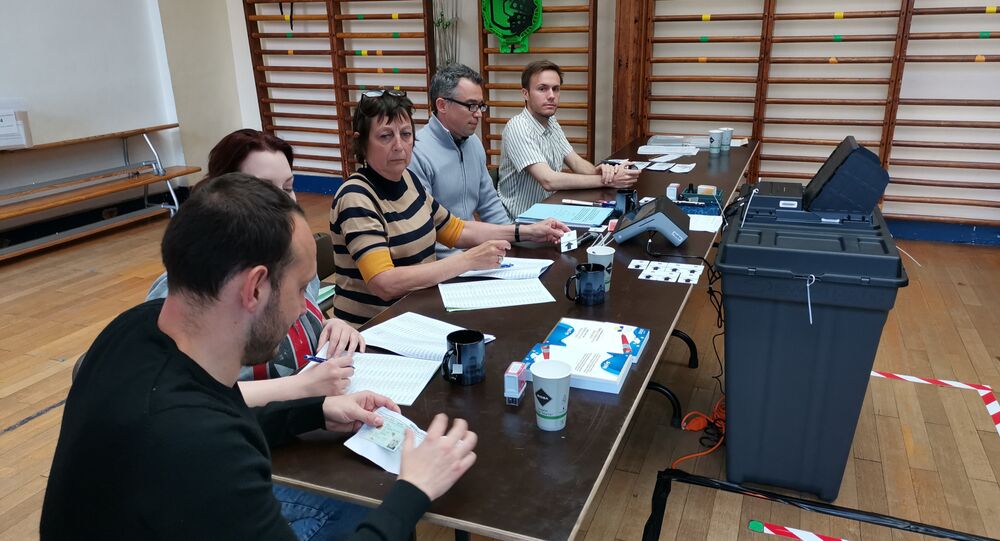 Polling stations across Belgium are open on Sunday, as voters are picking candidates in regional, federal and EU Parliament elections. Voting is compulsory in the country and the turnout usually exceeds 90%.

On Sundays the streets of just about any Belgian city are usually quiet – the stores are closed and the sidewalks are empty. But on 26 May this year things are different, since according to article 62 of the Belgian constitution it’s the official Election Day. Fifteen days ago each citizen of the Kingdom over 18 years of age received a polling card, which means that he or she is obliged to cast a ballot.

​Belgian television ran a campaign to inform the public about proper election procedures, but still, taking part in the

triple vote on one day seems to have become a difficult task for many locals.

“It’s a bit complicated for some people, but they enjoy voting” – says Pierre van Gelder – the chairman of the 14th polling station in Brussels, which has over 900 registered voters.

​Sputnik was allowed to film and take pictures at Pierre van Gelder’s polling station. At least one other venue in Brussels prohibited us from doing that, with the chairman talking instructions from someone on the phone and then saying “no”.

Belgium is one of 21 EU nations, which is holding the vote on May 26 – the final date of the 4-day European Parliamentary election marathon.

A total of 751 MEPs will be picked by voters in 28 EU countries. In some nations, like the Netherlands, which held a vote already, preliminary results show losses for Eurosceptic parties, although newly-founded Dutch nationalist Forum for Democracy, which did not exist during previous EU elections, may eventually get at least 3 seats in the European Parliament.

​When it comes to domestic vote, Belgium has a complex electoral system, with 150 members of the Chamber of Representatives being picked by voters in Brussels and 10 provinces – five Dutch-speaking Flemish and five French-speaking Walloon ones.

The polling stations across Belgium where people cast paper ballots will be closed at 2pm on Sunday, and electronic voting will be open until 4pm.

The number of Belgian MEPs – 21 representatives — will remain the same after the UK proceeds with Brexit, parting ways with the European Union.