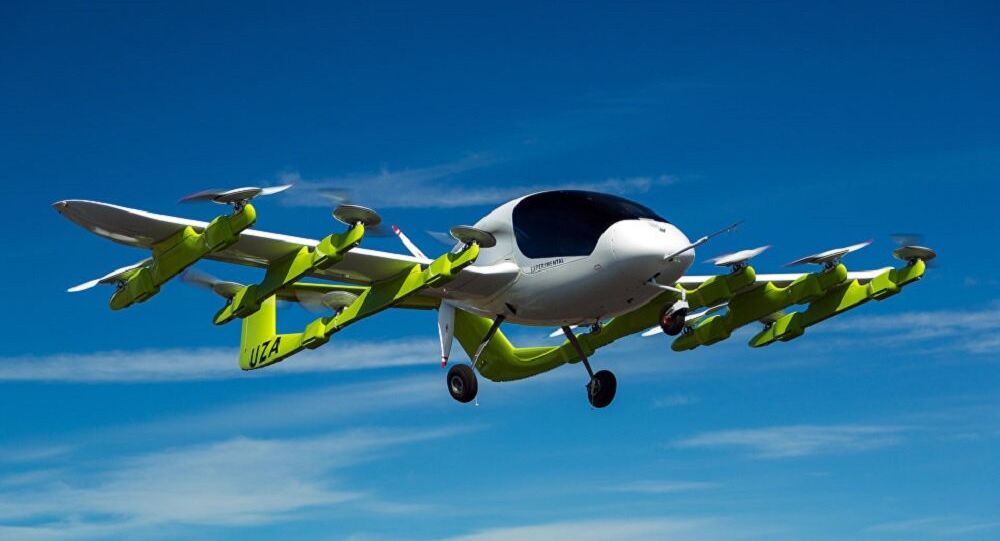 Air taxis will become a reality and start offering services through an app in a number of cities over the next six years, according to the German company Lilium, according to media reports.

​“Today we are taking another huge step towards making urban air mobility a reality,” Lilium co-founder and CEO Daniel Wiegand said at the unveiling.

According to Oliver Walker-Jones, Lilium head of communications, there are plans to start operations in a number of cities by 2025, but it’s yet to be decided exactly where to begin providing services.

The battery-powered vertical take-off and landing jet is capable of travelling 300 kilometres (186 miles) in 60 minutes on a single charge.

The Lilium Jet, which concluded a maiden flight earlier this month, is part of an app-based flying taxi service that the company hopes to get off the ground.

© Photo : Kitty Hawk / Richard Lord
Self-Flying Air Taxi Tested in New Zealand
Cities are planned to be linked up via a network of landing pads, with commuters able to book trips through a smartphone app.

Although the startup has yet to reveal the possible cost of such a service, it has claimed it will be “comparable in price” to regular taxis.

The German startup will be facing competition as other companies out there are also working on flying cars.

Uber (UBER) is partnering with NASA with the goal of launching a flying taxi network by 2023, while Boeing and Rolls Royce are also reportedly developing similar projects.

Lilium claims its aircraft is capable of making “much longer journeys than the majority of its competitors”.

READ MORE: ‘You Can't Say Anything to Anyone': US Man Booted From Flight Over Vodka Joke

The German company, founded in 2015, boasts some high-profile investors, such as Atomico, the tech investment fund headed by Skype co-founder Niklas Zennström, and China’s tech giant Tencent, who have contributed around $100 mln to the company in the lofty hope of finally making flying cars an affordable reality.