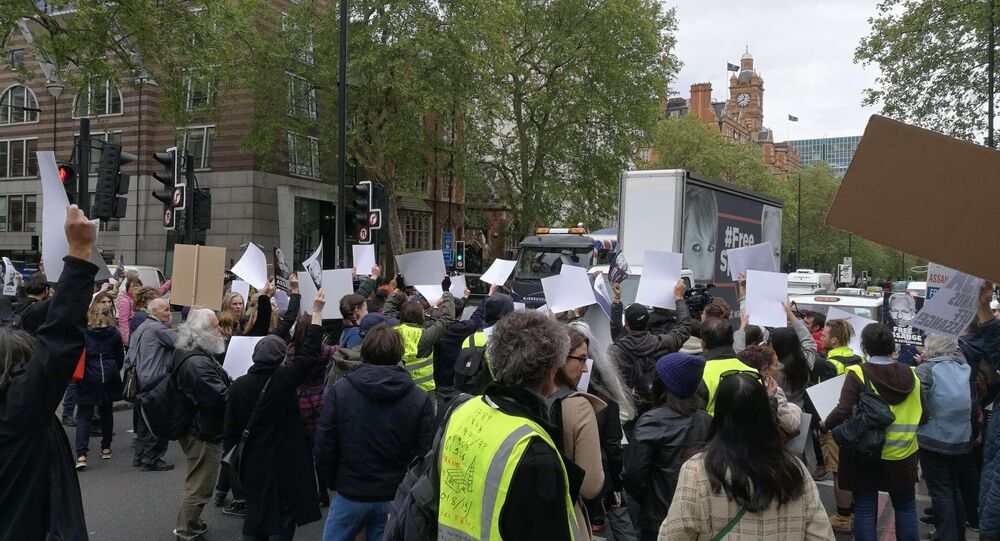 The incident occurred on Saturday, when French activists gathered in different cities in France for the 28th consecutive week of Yellow Vests protests. According to French media estimations, some 3,200 people were participating in yellow vest protests across France.

RT France correspondent Frederic Aigouy was beaten by police in the French city of Toulouse at Yellow Vest protests, despite his efforts to identify himself as a journalist, the correspondent wrote in Twitter. He uploaded a video that shows a police officer allegedly advancing toward him, with a subtitle saying that French law enforcement assaulted him, even though he was identified as press.

Earlier in May RIA Novosti correspondent Viktoriya Ivanova was hit with a baton by the police while covering unrest during the May Day demonstrations in the French capital.

Despite the fact that she wore "Press" badges on her arm and helmet, the police still assaulted her, hitting her in the head and arms.

"I was taken away by volunteer medics who asked me whether I needed help. The helmet rescued me from serious injuries, but my arm hurts," Ivanova said at the time.

© Sputnik /
Walking a Mile in Correspondent's Shoes: WATCH 360 Footage From May Day Yellow Vests Protest in Paris
The journalist has been sent to the hospital with a swollen arm with obvious traces of the police baton.

The Russian Foreign Ministry, reacting to the incident, called on France to carry out a thorough investigation into the attack, highlighting that it considers "unacceptable the use of violence against journalists carrying out their professional duties."

The yellow vests rallies first began in France in November 2018 over planned hikes in fuel taxes. Later the French government abandoned its plans to raise fuel taxes and introduced other measures to improve the country's socioeconomic situation. However, protesters continued to gather for rallies across France every weekend to express their discontent with the government's policies.