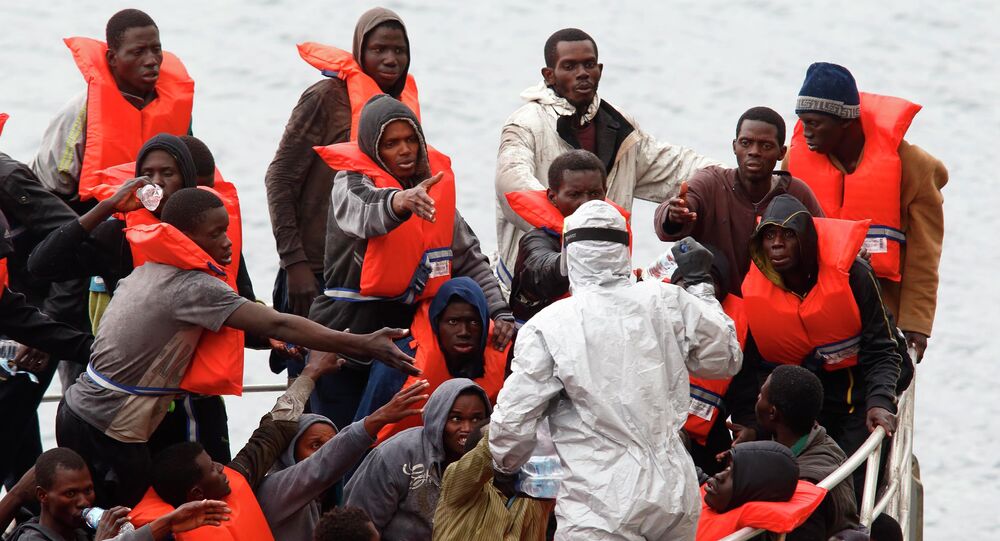 MOSCOW (Sputnik) - At least 216 migrants including women and children, were rescued in the Mediterranean Sea by the Maltese military, a spokesperson for the Maltese Armed Forces (MAF) said, as cited by the Times of Malta on Saturday.

The migrants, including women and children, were crossing the sea on dinghies. At least one pregnant woman was among those rescued by the Maltese forces, according to the spokesman.

© AP Photo / Carmelo Imbesi
Italy Refuses to Accept German NGO's Migrant Ship
Now the migrants will have a chance to apply for asylum.

The EU has been challenged by migration crisis since 2015 due to the influx of hundreds of thousands of refugees fleeing their home countries in the Middle East and North Africa.