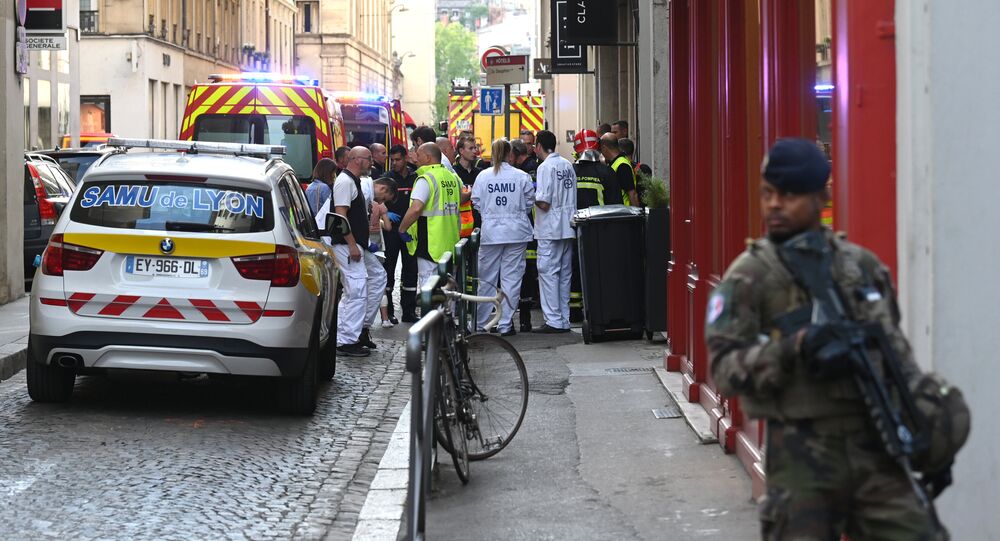 MOSCOW (Sputnik) - The suitcase that exploded near a bakery in the French city of Lyon on Friday had a remote control system, local media reported on Saturday, citing sources close to investigators.

According to the BFMTV channel, the detonated bag contained flechettes and a remote control system.

The explosion broke out in downtown Lyon, at the intersection of Victor Hugo Street and Sala Street, near Bellecour Square, one of the city's attractions. As shown by CCTV cameras, a man, aged 30-35, rode a bicycle to the bakery and set aside a bundle, which subsequently exploded. The law enforcement forces failed to idenify the person responsible for the attack despite having the CCTV footage as the perpetrator was wearing sunglasses and a cap. The police are now searching for the suspect who is still on the loose, according to French anti-terrorism prosecutor.

At least 13 people sustained injuries as a result of the explosion. The Paris Prosecutor’s Office is currently considering whether perpetrators of the attack conspired to commit a terrorist act.