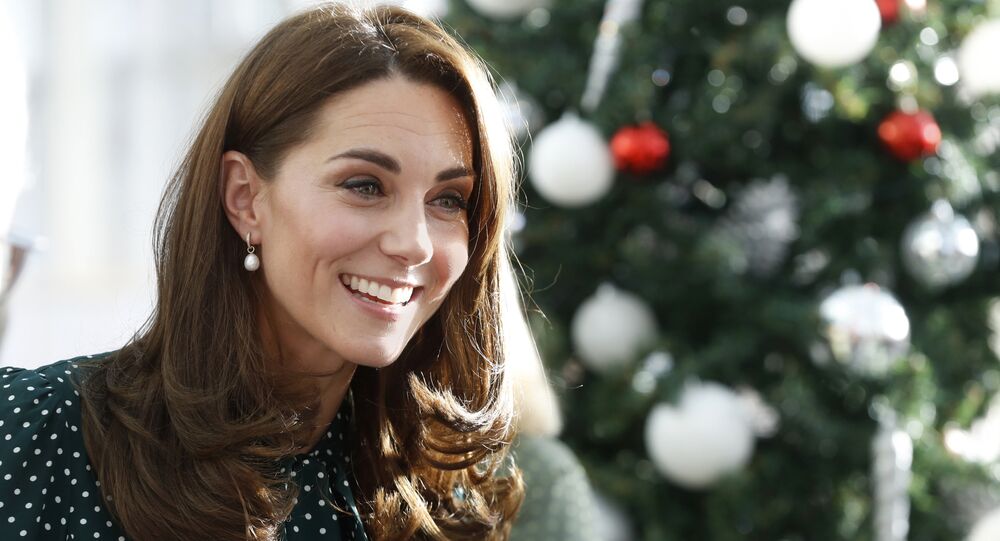 Up until now, despite eight years in the royal family, Kate Middleton, Duchess of Cambridge, has only once been photographed kissing Queen Elizabeth II.

The Duchess of Cambridge had royal fans agog this week when she discarded the traditional curtsy for the monarch, and kissed Queen Elizabeth II instead, reports the Express.

According to an expert, this is an important sign of approval for mum-of-three Kate Middleton.

Ms Elser said: “Trust me: this is big news".

Today The Duchess of Cambridge welcomed Her Majesty The Queen to her #RHSChelsea Back to Nature Garden 🍃 pic.twitter.com/KnRbQWzZ9f

The images that had royal fans agog and flustered emerged at the Chelsea Flower Show, before an array of cameras during an official engagement.

This was surely a sign the royals wanted to make use of the opportunity to send a message, according to Ms. Elser.

Catherine, Duchess of Cambridge look lovely in Erdem dreee arrives at Chelsea Flower Show with her husband Prince William to show The Queen and members of the royal family around her debut Chelsea Flower Garden, Back to Nature. 20190520#TheDuchessOfCambridge pic.twitter.com/MYLZcri1Aj

“As with everything the royal family does, symbolism and image matter deeply. A quick double peck might be how the Windsor clan usually greets their regal grandma when they arrive at Balmoral.”

“But to kiss her with a phalanx of cameras and press watching sends a very direct and forceful message: The Queen thinks Kate is doing a cracking job. Two thumbs up. Ten tiaras out of 10,” concluded Elser.

To clarify and put this discussion to bed, The Duchess of Cambridge did not breach Royal Protocol when kissing the Queen. Royals on occasions will kiss before a bow or curtsy. #RoyalEtiquette pic.twitter.com/ma6wC4yxbF

The duchess had been depicted beaming as she showed the Queen and the Duke of Cambridge around her “back to nature” garden at the world-renowned Chelsea Flower show in West London.

Since the images came out, fans have launched into a debate over whether Kate’s informal gesture had been “cleared beforehand”.

Up until now, during her eight years in the royal family fold, there was only one image taken of Kate Middleton kissing the Queen.

The memorable event occurred at Sandringham, at Christmas Day 2013, when the duchess bent down to give her grandmother-in-law a double-cheek kiss after the festive church service.

An intimate act of this nature with the head of the monarchy is reserved for a select few people, mostly senior royals.

According to the Royal Family website, there are traditional ways to greet the monarch, which include a neck bow for men and a small curtsy for women.

The kiss comes just weeks after the Queen made Kate a Dame Grand Cross of the Royal Victoria Order — the highest title of its kind.

Buckingham Palace made the announcement on Kate's eighth wedding anniversary to Prince William.