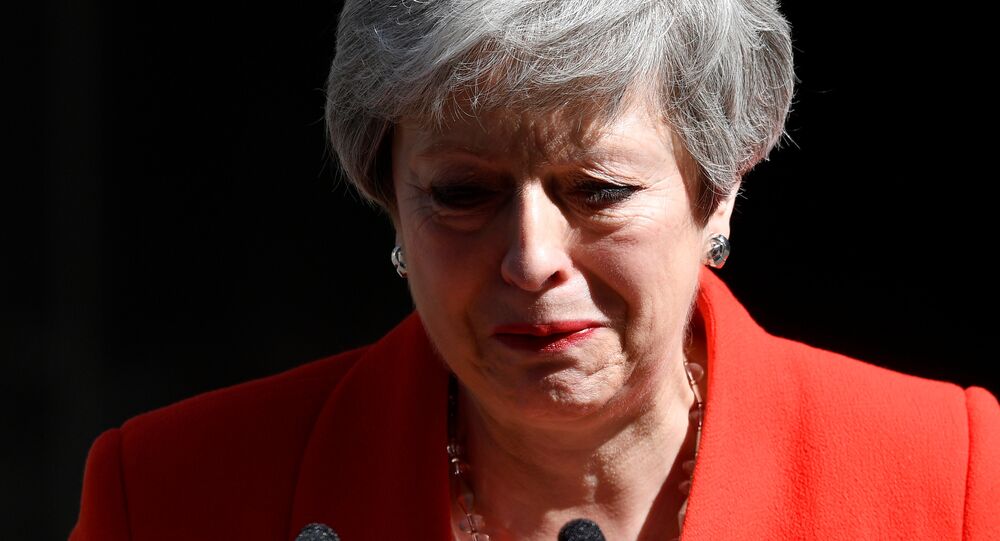 The statement by the UK prime minister comes after British lawmakers criticised her Brexit plan. The disagreement over Brexit in the government led to the resignation of the House of Commons leader Andrea Leadsom on Wednesday, while the opposition has called for snap general elections in order to resolve the issue.

The British prime minister said she would step down as the Tory leader on 7 June. May also stressed she will continue to lead the government until her successor is chosen.

"I know that the Conservative Party can renew itself in the years ahead, that we can deliver Brexit and serve the British people with policies inspired by our values", she said.

Commenting on the resignation, UK Foreign Secretary Jeremy Hunt noted that May had made the country safer and more secure.

"I want to pay tribute to the PM today. Delivering Brexit was always going to be a huge task, but one she met every day with courage & resolve. NHS will have an extra £20bn [$25 billion] thanks to her support, and she leaves the country safer and more secure. A true public servant", he wrote on Twitter.

In the meantime, opposition leader Jeremy Corbyn has addressed May's announcement, reiterating that the country must hold general elections in order to resolve the Brexit issue.

© REUTERS / Yves Herman
May’s Party Split as She Faces Coup Amid Struggles to Get Brexit Deal Through Parliament
The United Kingdom was initially supposed to leave the European Union on 29 March. The parties have agreed on a withdrawal deal, but Parliament has refused to pass it with the arrangement to avoid a hard border on the island of Ireland being one of the main points of concern for the MPs.

Brussels then subsequently moved the deadline for London to 31 October, prompting the UK to participate in the European Parliament elections, with the eurosceptic Brexit party leading, according to recent surveys.

According to Alan Sked, Emeritus professor from Department of International History at the London School of Economics and Political Science, the announcement means that Brexit will have to be renegotiated as Parliament made it clear it will not accept the present deal.

"The Brexit process can only be finished either by no deal or a renegotiated deal. The EU is still refusing to make any changes and the present Parliament is solidly against no deal. This may mean that the new prime minister will have to call a general election. He or she will certainly not call a second referendum—May’s playing around with the possibility of one is what finally finished her off. That course will be full of risk but may be unavoidable," Sked said, adding that the new prime minister will need to be "charismatic and confident."