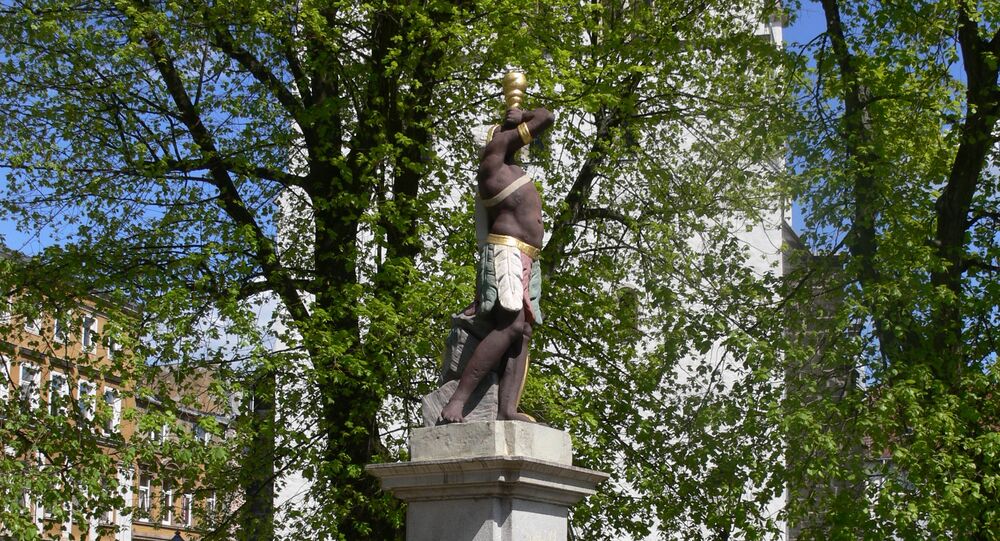 German Town Under Fire for ‘Racist’ Name of Town Festival

Eisenberg in central Germany has decided to use the German variant of the word “moor” in the title of its annual fest, paying tribute to a town legend. This definition was used to describe dark-skinned Africans but became quite rare decades ago. Some debate that it is offensive and has a clear reference to colonial times.

The town of Eisenberg, with a population of 10,000, has had to fight off accusations of racism since changing the name of a traditional festival. It was decided to call the celebrations, set to begin on 24 May, “Mohrenfest”, which can be translated from German as “Moors’ Fest”.

The rebranding and redesign were announced this year. The new name is said to reference an old local saga, eternalized with a monument and a fountain in Eisenberg. This saga tells the story of a moor, whom a nobleman had brought back after the Crusades to serve him. He did so well, but was wrongly accused of stealing a golden chain and sentenced to death. Luckily, he was proved to be innocent and was not executed. On the contrary, his loyalty was rewarded and the portrait of the legendary figure became a part of the town’s coat of arms.

However, this tribute has not been warmly received by anti-discrimination organisations, namely Germany’s Black Person Initiative (ISD) and Anti-Discrimination Network in Thuringia, where the town is located.

In an open letter, the ISD accused the town of "celebrating racism, colonial history" with the new name. The Anti-Discrimination Network said the redesign and uncritical re-use of "racist images and terms in public" was a pretext of honouring local folklore. They insist that the symbolism of names like "Mohrenfest" is catastrophic. As German outlets point out, the use of the word “moor” for place-names and even the name of traditional pastry (Moorkop) has been a topic of heated debates in Germany for years.

The town mayor, Michael Kieslich, noted that they had come up with a new name discussing this year celebration and the culture committee had endorsed it and the new festival concept. He told the German outlet Vice earlier that he sees no reason to "reconsider Eisenberg's story and the associated legend in any way”. He noted that, on the contrary, the city’s saga shows that it is important to look more closely in order to make the right decision.

However, he later noted that they will examine all aspects of this issue critically after the celebrations. It will be decided later if the festival shall keep its current name.