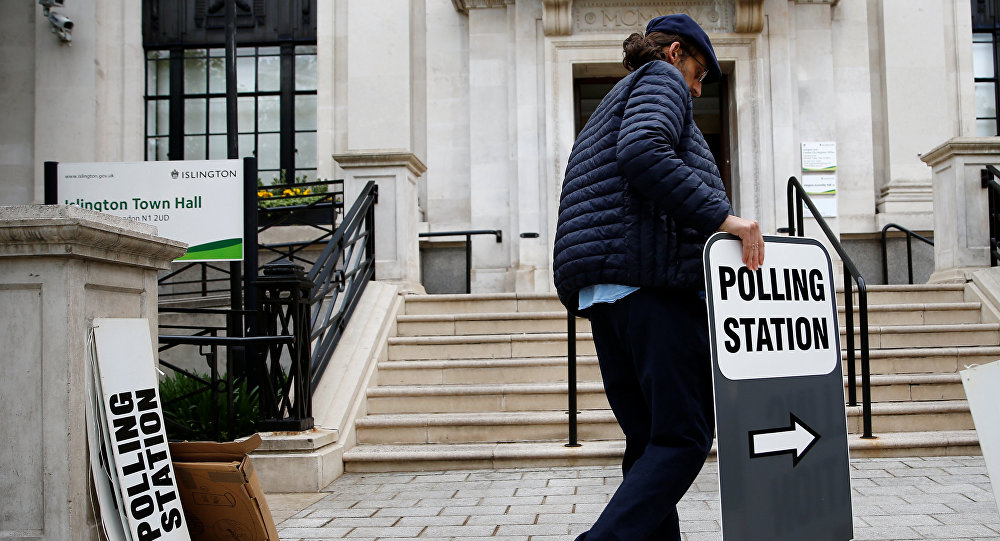 So Bad It's Funny: Social Media Reacts to Tory Chaos as UK Voters Head to Polls

The European elections in Britain are being held against a backdrop of political chaos, with the Prime Minister Theresa May expected to resign if her Conservative Party does badly.

Voters in England, Wales, Scotland and Northern Ireland are going to the polls on Thursday, 23 May, to elect 73 MEPs.

Nigel Farage's new Brexit Party is expected to do well, at the expense of the Tories and UKIP, and many Remainers are likely to vote for the Liberal Democrats or Change UK.

​Those who are elected could only be MEPs for a matter of months as Britain is still expected to withdraw from the EU this year despite the failure of the government's Brexit deal to pass through the UK Parliament.

​There have been plenty of jokes and memes on social media as voters see the funny side of the election.

​Polling stations will close at 10pm but the final results will not be announced until late on Sunday, 26 May, or early on Monday, 27 May.