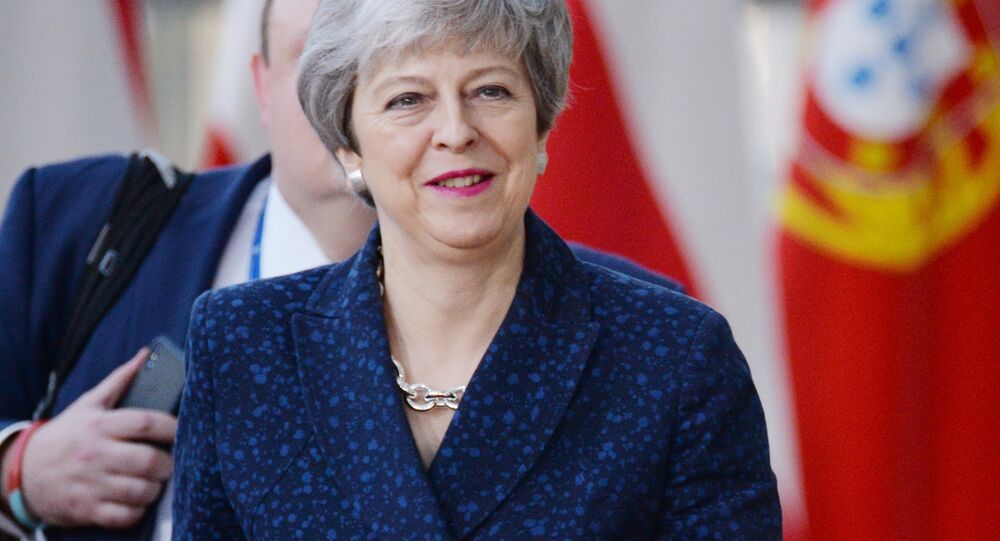 MOSCOW (Sputnik) - The UK Withdrawal Agreement Bill will be published on Friday, Prime Minister Theresa May said Wednesday as she was answering the questions from MPs in the House of Commons.

"Following the end of EU Election purdah, the Withdrawal Agreement Bill will be published on Friday," May told the parliament.

The European Parliament election will be held from 23 to 26 May.

On Tuesday, the British Prime Minister presented an amended version of her Brexit deal. With the text of the withdrawal agreement remaining the same, Mrs May has for the first time added the prospect of a vote on a second referendum, as well as a vote on a temporary customs union. However, she told lawmakers that these options were available only in case they supported the deal.

The revised deal sets out new guarantees on the Northern Ireland border matter and offers a more detailed overview of the legal aspect of workers' right after Brexit.

The next voting on the deal is scheduled for the first week of June.