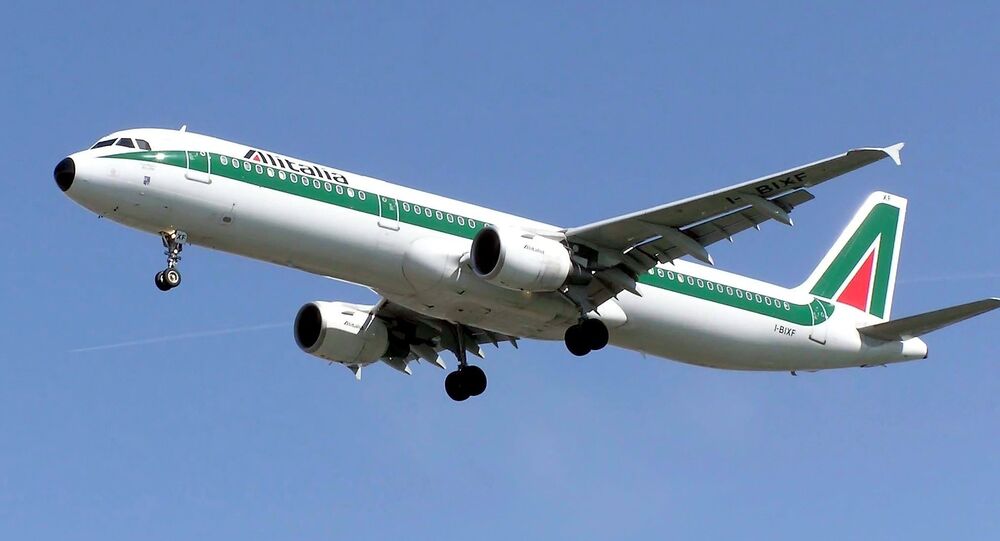 A 24-hour airline strike across Italy has cancelled nearly 500 flights and delayed many more, with workers citing disputes over working and pay conditions. The strike is one of the biggest since similar strikes took place in France in August 2018, which paralysed 800 flights and cost over €1bn in profits.

Italian aviation workers launched the strikes on Tuesday, forcing national carrier Alitalia to ground flights and nix over 300 scheduled flights, the company announced on Monday evening. Companies across Europe, including easyJet, Vueling and others are set to announce further cancellations.

Alitalia said in a statement: "Alitalia has taken special measures to mitigate customer inconvenience by operating bigger aircraft on domestic and international routes, in order to rebook passengers affected by cancellations onto the first available flights on the same day."

60 percent of affected destinations will be rerouted to other flights on Tuesday, the airline reported.

Flights for around 4,000 British Airways passengers are set to be cancelled, with six between Heathrow and Rome and a further six between Gatwick and Venice. Round-trip departures between Gatwick to Verona and services to Bologna, Milan, Turin and Pisa have been cancelled.

@britishairways How nice of you to take 7hrs to alert your customers of a airport strike in Italy. While @airitaly notified all their customers immediately so they could book alternative accommodations. #thanksforcaring #basuck

Why blame #BritishAirways for a strike in Italy? Bad form @Toothbrosh!

An BA spokesperson said: "We are monitoring the situation and encourage all customers to provide contact details in their bookings so that we can keep them up to date with the latest information regarding their flights.

UK lowcost carrier easyJet also cancelled thirty flights to Italy, with a spokesperson stating that the company was "doing all possible to minimise any disruption as a result of the industrial action".

"We recommend to all customers departing from an Italian airport on Tuesday 21 May to allow extra time to pass through airport security as queues may be longer than usual."

READ MORE: Airspace Over Brussels Closed for Nearly 4 Hours Due to Strike — Source

The industrial action has dealt a serious blow to airlines, forcing major carriers to lose revenues from cancelled flights. Several companies have also gone on strike in recent years, with French air-traffic controllers cancelling 500 flights due to industrial action in May. Belgian controllers also began a wildcat strike on 16 May and airport workers and are being taken to court on Tuesday, with fines up to €10,000 to €20,000 per flight. Unite trade union workers at Luton airport announced on Monday that they would begin a 12-day strike due to "heavy-handed" changes in staff management who are forcing workers to work "unsociable hours".