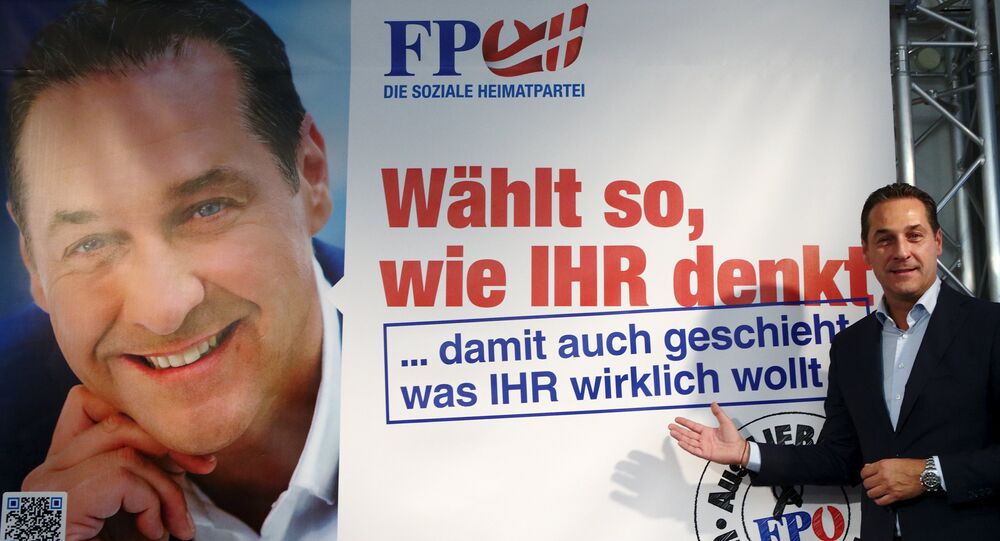 Earlier on Monday, a poll showed that Austria's Freedom Party (FPO) went from potentially garnering 23 per cent of votes in a prospect snap election to 18 per cent amid the recent scandal involving the party's leader Heinz-Christian Strache, who has since resigned.

The Freedom Party, in turn, stated that it would pull its ministers out of the government if Kickl was forced out.

© Sputnik / Alexey Vitvitsky
EC Follows 'in Disbelief' Scandal With Austria's FPO Leader - Spokesman
On Friday, some major German media outlets reported, citing a video recording taken during a July 2017 meeting in Ibiza, Spain, that a woman offered Strache to give the FPO money and help the party with press support, while Strache reportedly offered the woman government construction contracts in return. The Austrian politician later said that the woman was a Russian-speaking Latvian citizen.

The scandal prompted Strache to resign from his post as the vice-chancellor and stand down as the leader of the FPO. Strache, who became vice-chancellor following the 2017 election, described the situation as a trap and political assassination.