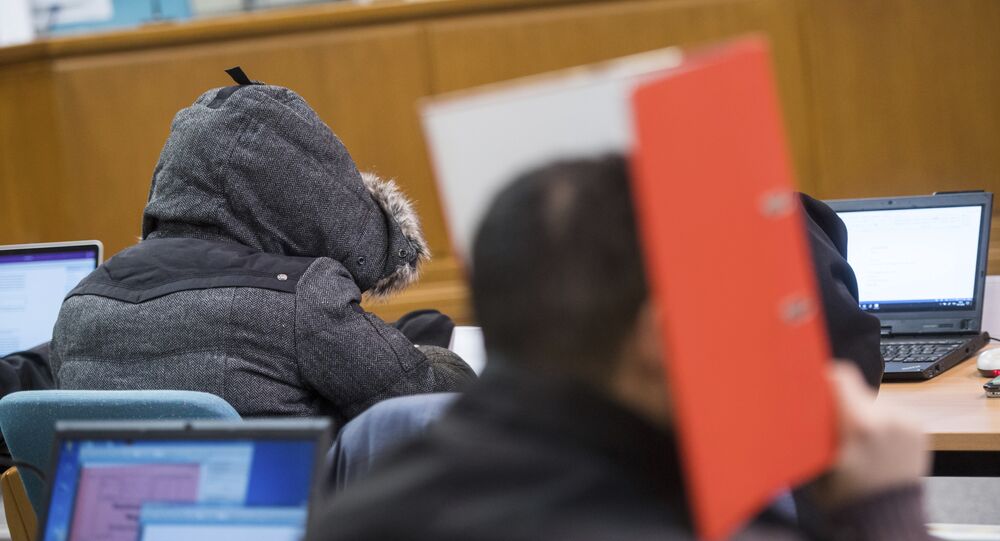 In 2016, alleged members of a Wuppertal Muslim patrol were cleared of any wrongdoing; however the case is back in court following a higher court's decision to overturn the acquittal.

A retrial of seven alleged members of a self-proclaimed “Sharia Police” group got underway on Monday in the western city of Wuppertal, reports DW.

The self-styled group is reported to have patrolled the streets of Wuppertal in 2014 wearing orange vests emblazoned with the words “Shariah Police”, handing out flyers to Muslims proclaiming a "Shariah Controlled Zone" and cautioning them to abstain from drugs, alcohol, gambling, attending brothels, listening to music, and pornography.

At the retrial, the men were charged with violating a ban on wearing uniforms, and are now facing up to two years in prison if they are found guilty.

In 2016 the men were cleared of any wrongdoing, however, after last year’s higher court decision to overturn the acquittal, the case returned to court.

Court documents describe them as members of the “Salafist scene”, alleging their main aim was to replace Germany's democratic legal system with Shariah law.

At the trial in 2016, judges of the Wuppertal District Court ruled there wasn’t enough evidence to punish the men for wearing the uniforms as it didn't prove they intended to break the law.

However, in January 2018, the Federal Court of Justice in Karlsruhe slammed the lower court's finding and ordered a retrial.

News about the Wuppertal Shariah patrols first broke in 2014. At the time, German Chancellor Angela Merkel commented that no one had the right to do the police's work for them.

Wuppertal Police Chief Birgitta Rademacher said: “Intimidation or provocation won't be tolerated,” adding that only police appointed and employed by the state have the legitimate right to act as police in Germany.

The alleged ringleader, German Islamist preacher Sven Lau, was sentenced by the Higher Regional Court in Dusseldorf in 2017 to five-and-a-half years in prison on terrorism-related charges, local media reported.

Proceedings against Lau have since been suspended and he is expected to appear as a witness in the Wuppertal case on Friday.  He was released from prison last week after serving two-thirds of his sentence.