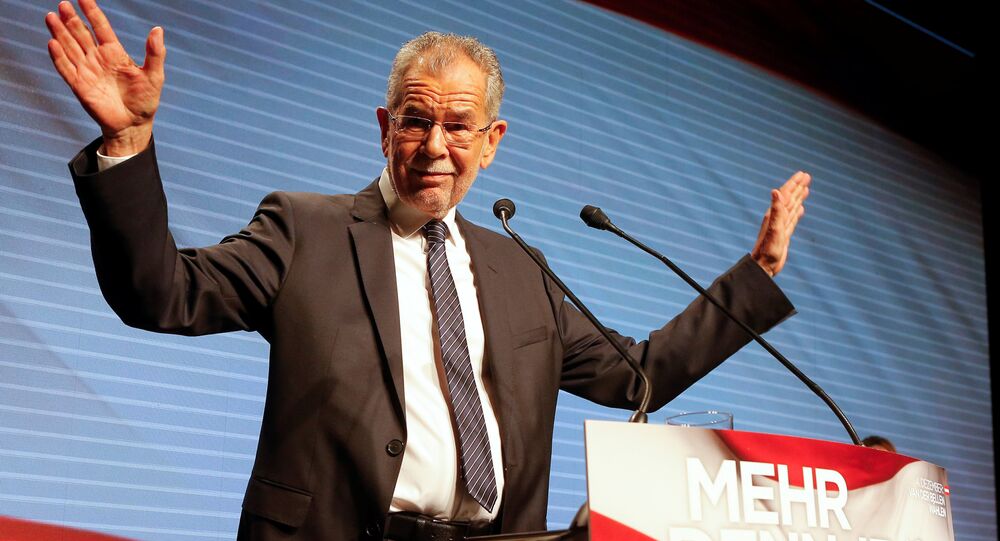 On Friday, German media outlets reported, citing a video, that in 2017, Austrian Vice-Chancellor Strache held talks regarding a possible acquisition of the Kronen Zeitung newspaper by an alleged Russian woman, whom Strache called a Latvian national seeking to relocate to Vienna and invest there.

Austrian President Alexander Van der Bellen called on Sunday for the holding of a parliamentary snap election in the beginning of September.

His statement was made after Alexander Van der Bellen had a meeting with Austrian Chancellor Sebastian Kurz.

Earlier in the day, Kurz has said that holding new elections is now a "necessity, not a wish", after he earlier proposed organising snap elections as soon as possible after the video scandal.

© Sputnik / Mikhael Klimentyev
Austrian President Calls Video With Former Vice-Chancellor Strache 'Shameful'
His remark comes after on Saturday, Austrian media cited Kurz as saying that the he was not planning to remain in a coalition with the Freedom Party of Austria (FPO) after the scandal involving Austrian Vice-Chancellor and FPO leader Heinz-Christian Strache. He also expressed his wish to call an early election.

Prior to that, Strache stated that he is resigning in the wake of the video scandal. On the same day, Austrian President Alexander Van der Bellen called the recording showing Strache "a shameful footage".

On Friday, Der Spiegel and Suddeutsche Zeitung reported, citing a video recording they obtained, that in 2017, Austrian Vice-Chancellor and leader of the Freedom Party of Austria (FPO) Heinz-Christian Strache held talks regarding the possible acquisition of the Kronen Zeitung newspaper by an alleged niece of a Russian oligarch; this move was allegedly made to secure help in the legislative elections. Strache, for his part, stated during a press conference that he was approached by a purportedly Latvian national with her daughter who wanted to invest in Vienna.

Analyst on Nord Stream 2: Austria Has Europe's Support, Able to Stand Up to US