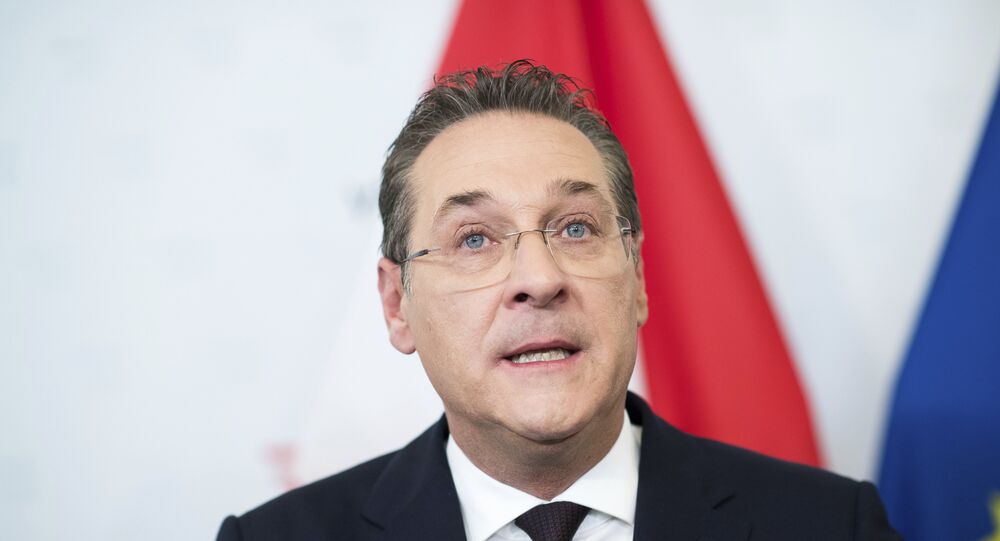 VIENNA (Sputnik) - Outgoing Austrian Vice-Chancellor and Chairman of the Freedom Party of Austria (FPO) Heinz-Christian Strache mentioned on Saturday an alleged citizen of Latvia who had indeed approached FPO politicians prior to the time shown on the video that provoked huge political scandal over alleged assistance from a purported Russian woman.

Strache said that in the time before summer 2017, when the scandalous video was filmed, FPO Deputy Chairman Johann Gudenus, who was also present on the video, was approached by two women when he was depressed after his father's death. The women told him that they were interested in buying the hunting lands of his family, Strache added.

"Presumably, a Latvian EU citizen said she wanted to move to Vienna with her daughter, settle in Austria and invest [money in the country]," the politician said at a press conference.

Strache noted that he had never seen this woman again, and no one in the party had had contact with her, and the party had not received any contributions from her.

Der Spiegel and Suddeutsche Zeitung reported on Friday, citing the video recording that they obtained, that in 2017 Strache discussed the possibility of an acquisition of the Kronen Zeitung newspaper by an alleged niece of a Russian oligarch in order to secure help at the legislative election. The outlets claimed that million-euro deals were discussed at the meetings, including access to government contracts.