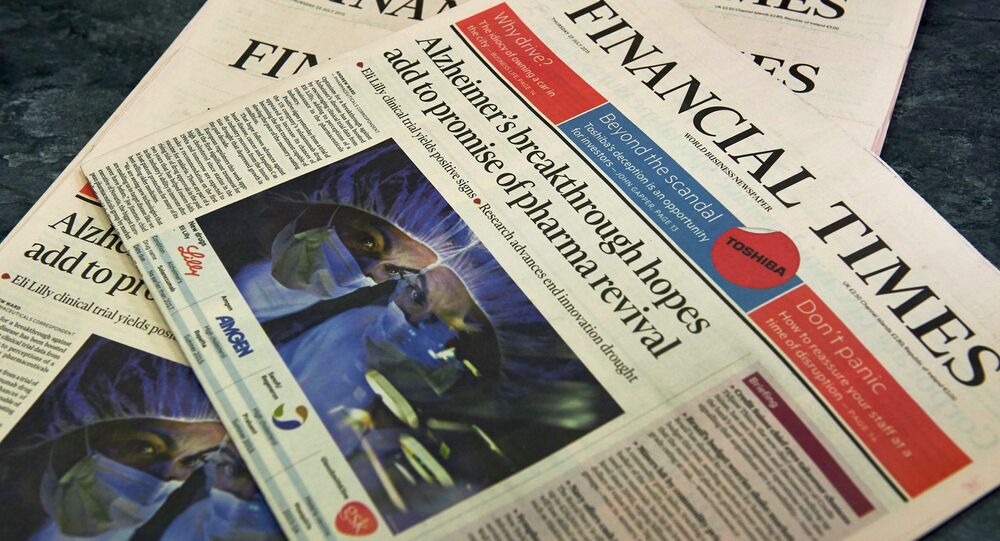 LONDON (Sputnik) – The Russian embassy in the United Kingdom said that the Financial Times news outlet used isolated allegations and unverifiable information in its article claiming that the recently-built bridge over the Kerch Strait allegedly affected vessel traffic in the area.

"We were struck by the unusually low level of journalism demonstrated by your 17 May piece on the Crimea Bridge (‘Russian bridge throttles Ukraine ports’). The authors allowed themselves to be manipulated by isolated allegations and unverifiable figures provided by various Ukrainian interlocutors, while completely ignoring the official statistics of the Kerch Strait traffic. 25,521 ships crossed the Strait from April 2018 till April 2019, with only 8 percent of them having been inspected," the embassy’s Press Office wrote in its "letter to the Editor of the Financial Times."

Press service of border management of FSB of the Russian Federation in the Republic of Crimea
EU Imposes Sanctions on 8 Individuals Over Kerch Strait Incident - Statement
The press service added that 43 percent of the inspected vessels sailed to or from Russian, not Ukrainian ports. An average inspection lasts less than an hour, while the majority of inspections are carried out while the vessels are waiting for caravans to be formed under the local pilotage rules, according to the letter.

"The construction of the Kerch Bridge, 35 meters [115 inches] high, has not resulted in any measurable deterioration of navigation conditions, as the Strait’s depth, at 9.5 meters, does not allow for taller (and thus heavier) ships to cross. The Kerch Strait has always been and remains open to traffic, including for Ukrainian military ships, provided they fulfil the notification procedure, unchanged since Soviet times," the embassy argued.

The letter concluded by noting it was "regrettable that a paper like the FT should be used as a propaganda tool by those who seek pretexts for reckless military posturing around Crimea."

The situation on the Sea of Azov escalated in spring 2018, when Ukrainian border service detained the Nord vessel sailing under the Russian flag. The crew was allowed to return to Russia only six months after the detention while the captain is still in Ukraine. Moreover, last August, another Russian vessel was detained in a Ukrainian port and has since been not allowed to leave.

The Russian authorities have blasted the actions of Ukraine as "naval terrorism" and responded to them by boosting checks at the part of the Sea of Azov under the Russian jurisdiction. The Crimean border service, which is a part of the Russian Federal Security Service, has insisted that it carried out checks in line with international law of the sea and had never received complaints from ship owners.