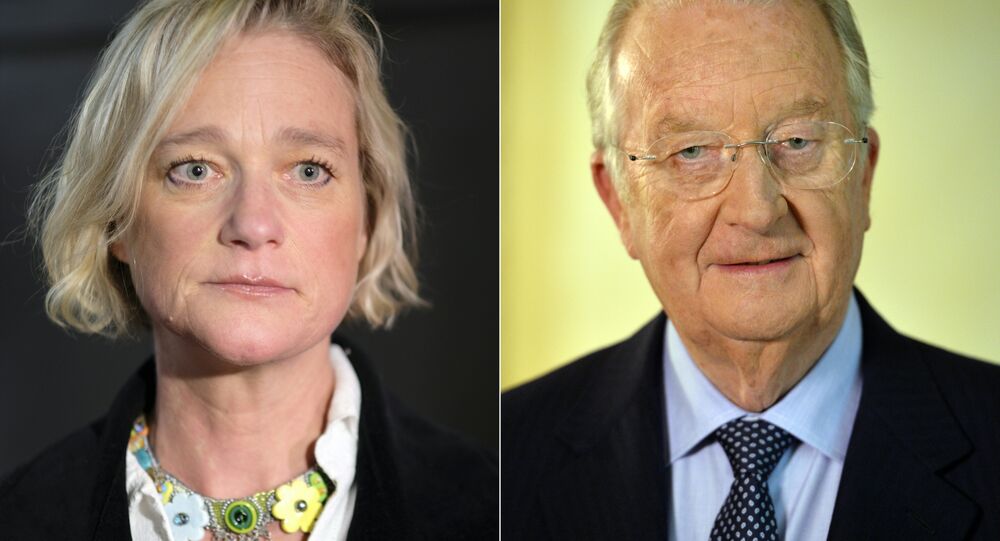 If the woman who claims to be the daughter of the former Belgian king successfully proves his paternity, she’d be able to take the title of princess and lay claim to a portion of the ex-monarch’s estate.

Albert II, the former king of Belgium, is facing a daily fine of $5,600 until he undergoes a paternity test to determine whether he is the father of Delphine Boel, the daughter of Baroness Sybille de Selys Longchamps, with whom he allegedly had an affair in the 1960s, as per a new order issued by a Belgian court on 16 May.

© AFP 2021 / Ben STANSALL
'Meghan Markle and Harry Who?' Mexican TV Names British Singer as Royal Baby's Father
According to The Guardian, last autumn the Brussels court of appeal ruled that Jacques Boël was not Delphine’s biological father and instructed an expert from Erasmus hospital to compare her DNA with that of Albert’s, but the latter apparently sought to delay providing a saliva sample for the test.

As the newspaper notes, Delphine Boel launched the legal battle to prove that Albert is her father about six years ago, and if she succeeds, “she could take the name Delphine Van België and, by royal decree, the title of princess”, as well as become entitled to one-eighth of the former king’s estate.

While the judge stated that the process could not be delayed, the results of the DNA test won’t be revealed until the Belgian court of cassation makes a decision “regarding the original ruling”, with said decision not being expected “before the end of the year”, the newspaper points out.

The BBC also notes that while the former monarch denies the paternity claim, his lawyer, Guy Hiernaux, said he believes that Albert would "submit to this test, since he has the guarantee that it will remain confidential".

Royal Beauty: Dazzling Queens and Princesses From All Around the Globe