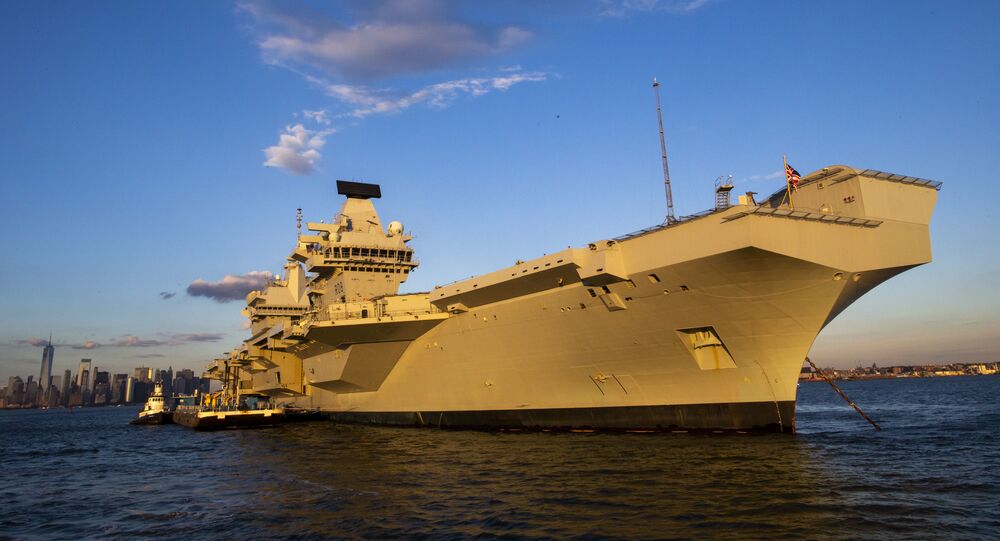 UK Carrier Capt. Fired After Using Official Car ‘as if it Was His Own’ – Report

Commenting on his appointment last October, Cooke-Priest tweeted that it was an “immense honour” for him to take command of the aircraft carrier and that he was “thrilled to be leading the QE team”.

Commodore Nick Cooke-Priest, the captain of the UK's largest aircraft carrier, HMS Queen Elizabeth, also known as “Big Lizzie”, has been fired for misusing the vessel’s official car during weekends, The Sun reports.

“We can confirm Captain Nick Cooke-Priest has been reassigned to a new role. We can only say that management action is ongoing and it would therefore be inappropriate to comment further”, the newspaper cited an unnamed Royal Navy spokesman as saying.

Cooke-Priest was reportedly dismissed earlier this week after an investigation found him guilty of an “error of judgement” over his using the Ford Galaxy “as if it was his own”.  It is still unclear what personal trips the car was used for by the former captain.

The Sun also reported that the 50-year-old was never warned that using the car for personal journeys was in violation of the rules and that he was “gutted” after discovering he had breached these regulations.

The newspaper quoted an array of unnamed British military sources as berating the Royal Navy for overreacting to Cooke-Priest making personal journeys in the official car.

The source claimed that the navy is “sacrificing one of our best operational Commanding Officers to ensure we're beyond whiter than white”.

“Queen Elizabeth's sailors have lost an exceptional and popular captain because of a policy which looks like it's politically driven. A few years ago, all he would have got is a slap on the wrist”, the source added.

© REUTERS / Peter Nicholls
HMS Queen Elizabeth Arrives in Home Port… But Still Can't Operate as a Carrier
Another official specifically underscored Cooke-Priest’s admiration of the Royal Navy, lamenting the fact that he “lost his career by doing what captains have done for decades — using the company car to get home”. According to the source, “an innocent mistake has cost the Navy one of its best”.

When Cooke-Priest was appointed for the job in October 2018, he tweeted that it was “an immense honour” for him to be at the helm of the Queen Elizabeth, the Royal Navy’s largest and most powerful aircraft carrier.

“Much brilliant trials work done, many new challenges ahead. Thrilled to be leading the QE team as we re-generate our sovereign Carrier Strike capability”, he noted.