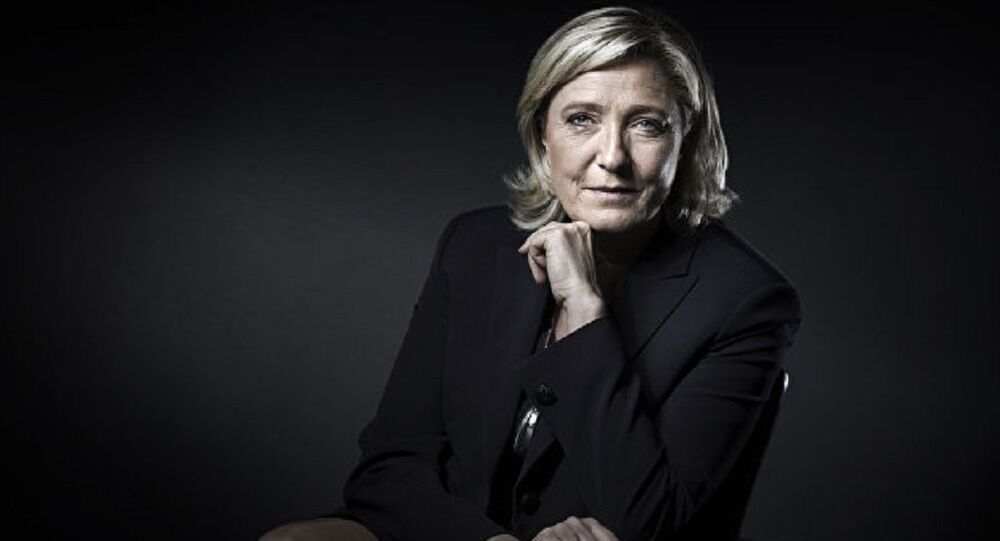 When is the 'OK' Sign OK? Marine Le Pen in Hot Water Over ‘White Power’ Salute

The leader of National Rally, an anti-immigration French nationalist party, has found herself in the middle of a controversy after she was photographed making the “OK” gesture.

Marine Le Pen has asked Ruuben Kaalep, a member of the Conservative People’s Party of Estonia, to remove their selfie from his social media account upon learning that the “OK” hand gesture may have an alternative meaning.

Apparently, she was told that the gesture is now considered a hate symbol, allegedly linked to white-power messaging.

“I was in a selfie at his request, making a signal that to me means ‘ok’. I was later told that it may have an alternative meaning. As soon as I became aware of that, I immediately asked that the photo be removed from the Facebook account. I’d never heard of the second meaning of this trivial gesture,” she told AFP.

OK
👌
Get a flipping grip! pic.twitter.com/0k4c0GkD5a

She, at the same time, said that this gesture means “okay” to “seven billion people on the planet”, and added that anyone can find photographs of heads of state, including French President Emmanuel Macron or former US President Barack Obama, showing the same sign.

While many accused her of using the gesture…

It *is* a sign for OK. It *is* also used by scuba divers (thumbs up means I need to surface). But it's also co-opted by white power, and that's obviously what MLP is doing here. No argument.

Soon they will not hesitate to use Nazi greet

Frankly impossible for a politician at her level with advisors to not know the current meaning of her gesture. Incompetent who doesnt have proper advice or liar. Its got to be one or the other.

…others voiced their support, saying that it’s totally okay to show the “OK” sign:

I’m no fan of Marine Le Pen, but this is ridiculous. Do u all really think Le Pen, who’s actively trying to polish her image for votes, would knowingly make a sign that means “white power”?? For goodness sake, the hand gesture even has its own emoji—which means OK👌👌🏻👌🏼👌🏽👌🏾👌🏿

I guess the white side of him is 'supremacist'. pic.twitter.com/DBZctPU2Gv

The “OK” gesture, which has commonly been used as a sign of approval or understanding, acquired a completely different meaning after users of the website 4Chan started its trolling “OPERATION O-KKK” to “flood Twitter and other social media websites” with posts falsely promoting it as a hate symbol used by white supremacists.

They claimed that the gesture – in which the thumb and index finger make a circle while the other fingers are held outstretched – represented the letters “WP”, standing for “White Power”.

•    In most English-speaking countries the symbol means consent, approval, understanding or well-being, and is sometimes used interchangeably with the “thumbs up” gesture;

•    It’s normally used by scuba divers to show that “all is well” when underwater. They are trained to use that exact gesture and not the “thumbs up” because the latter means that a diver needs to surface;

•    In Japan, the gesture is used to symbolise money;

•    The sign was also observed in the Buddhist and Hindu diasporas as a symbol of inner perfection;

•    The gesture has likewise been long used to symbolise love and matrimony in Naples.

However, in Brazil the gesture is considered extremely rude, the equivalent of giving someone the middle finger.