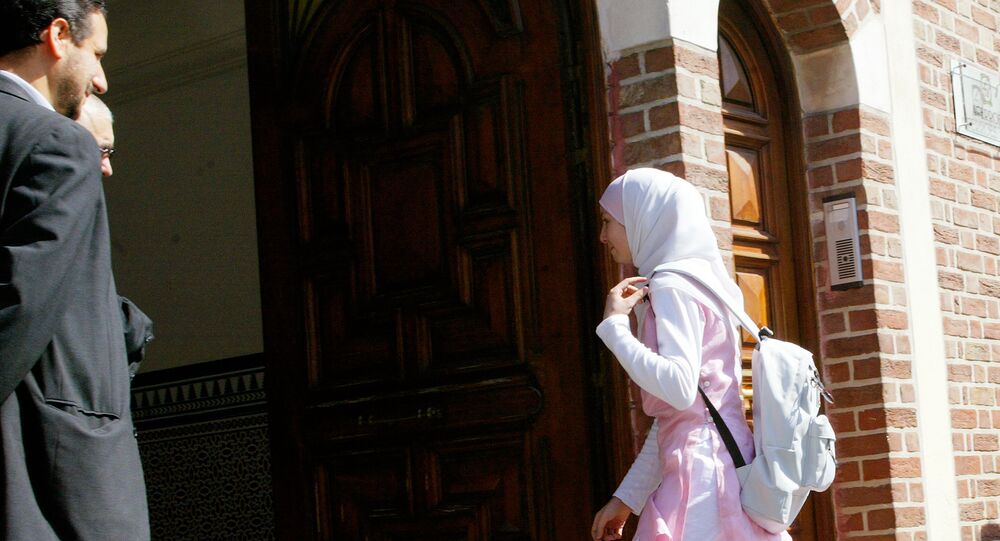 Austria introduced a ban on full-face veils in October 2017, with the government describing the move as an attempt to promulgate Austrian values and promote integration.

Austrian lawmakers have passed a bill imposing a ban on headscarves for Muslim girls in primary schools.

The proposed law received the backing of the governing centre-right People's Party and the right-wing Freedom Party, while the opposition parties all rejected the bill.

According to the wording of the legislative proposal, all clothing covering the head for ideological or religious reasons will be subject to the ban.

The lawmakers specified that the patka, a head covering worn by Sikh boys, as well as yarmulke, a cap worn by Jewish males, would not be affected by the restrictions as the ban applies to items of headwear that cover all of the hair or large parts of it. However, head garments for medical or other reasons would not be covered by the bill.

© AFP 2020 / SAKIS MITROLIDIS
Hijab in Austria: ‘Migrants Have to Accept Rule of Law in Host Countries’ – Prof
According to one of the legislators, Rudolf Tascher from the People's Party, the bill intends to liberate girls "from submission". At the same time, an education spokesperson for the Freedom Party, Wendelin Mölzer, said that the proposed law was sending a signal "against political Islam".

Austria's official Muslim community organisation has condemned the law, saying that they would contest the bill, which they described as "destructive" and "discriminatory against Muslims".