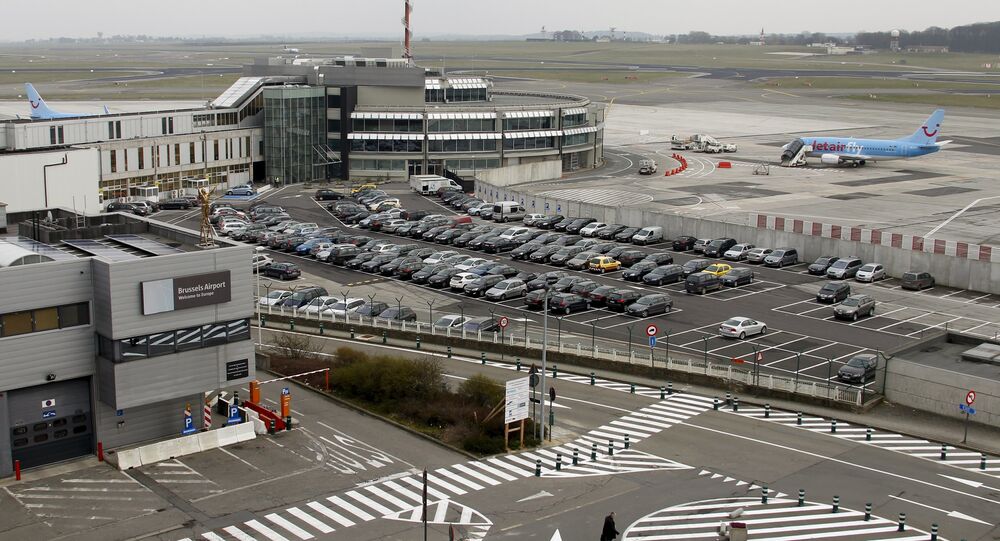 BRUSSELS (Sputnik) - Airspace over Brussels has been closed for several hours on Thursday because of a snap strike called by air traffic controllers, who are demanding higher wages and better working conditions, a source at Brussels International Airport confirmed to Sputnik.

"We confirm that the air traffic controllers are holding a strike in this time frame," the source said.

According to the source, 40 flights have already been cancelled, and the strike can potentially affect over 70,000 passengers.

The airport also asked passengers whose flights had been cancelled to not come to the airport.

Earlier in the day, the airport warned that Brussels Area Control Centre would be closed from 9.30 a.m. local time [07:30 GMT] until 1:00 p.m. due to "industrial actions".

The EUROCONTROL Network Manager has just been advised of an unplanned strike at Skeyes in Belgium (below FL245) today from 0930-1300 local time. This impacts all flights arriving in or leaving Belgian airports.@Transport_EU @IATA @A4Europe @CANSOEurope https://t.co/5iYAttwV3s pic.twitter.com/uIqhEUbh7W

​Walkouts have been ongoing in the country since March with air traffic control operator Skeyes staff dissatisfied with work conditions and lack of personnel.

According to estimates, the strikes caused financial damage in April amounting to ten million euro.