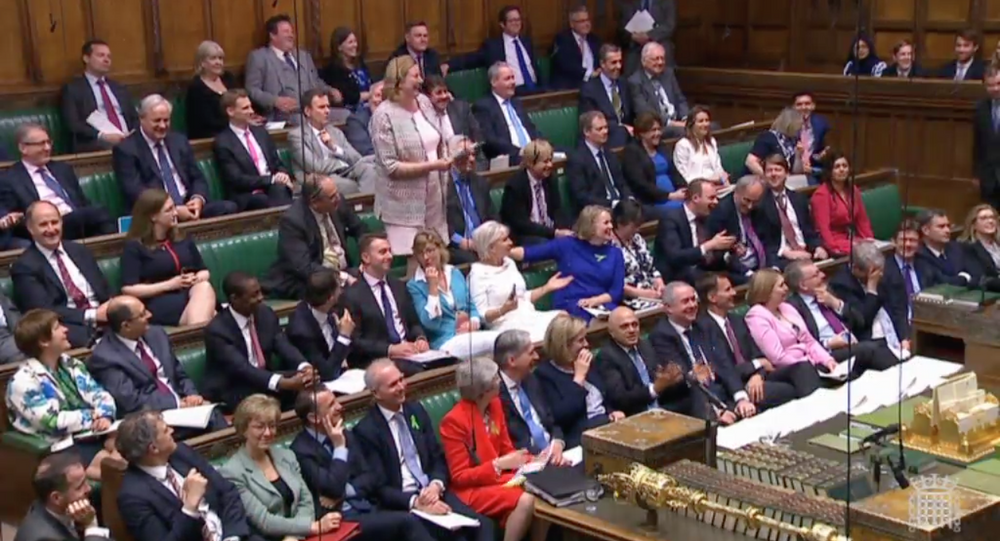 Prime Ministers Questions were interrupted by an impromptu fire alarm tests on Wednesday, prompting an outburst of bipartisan laughter across Commons.

The siren interrupted Ms. Sandbach's questions on bereavement care with the message "May I have your attention please? The test is now complete", enticing MPs to evacuate the building following long-held speculations of fire risks at Westminster. Laughter erupted across the room, with House speaker John Bercow jesting that Ms Sandbach had 'indeed passed the test.

Ms Sandbach later tweeted: 'The bereavement care pathway passed its assessment with flying colours and not even the fire alarm test could put a dampner on it'.

Mrs. May weathered another verbal spat with Labour and opposition leader Jeremy Corbyn, who accused Conservatives of supporting the wealthy one percent with tax incentives. The Prime Minister would later urge voters not to choose the Brexit Party, headed by former UKIP leader Nigel Farage, over Conservatives after one of her own backbenchers demanded that she leave No. 10. The incident comes fresh on the heels of European Parliamentary elections on 23 May, where Conservatives are set to trail behind The Brexit Party by roughly 20 points, according to opinion polls.