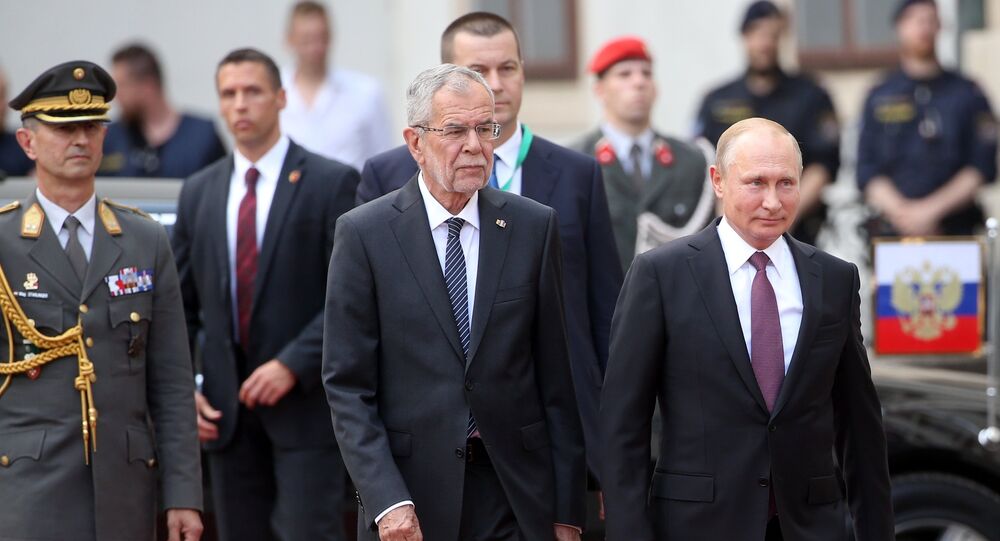 Austrian President SHEDS LIGHT on What UNITES Russians and Austrians

One of Austria’s most respected politicians, Alexander Van der Bellen has met Russian President Vladimir Putin in the Russian city of Sochi, where they are to launch the forum “Sochi Dialogue,” to stimulate exchange between the two countries’ societies.

Ahead of his meeting with Vladimir Putin, Austrian President Alexander Van der Bellen called for a patient dialogue and revealed that this trait is particularly important for diplomats, something he says both nations have in common.

"You must have something that the Russians and Austrians have in common, namely patience, and there is no use expecting to manage to solve very difficult problems in five minutes,” he said in an interview with the Austrian broadcaster ORF.

He noted that "normal diplomacy" means talking to each other and putting oneself in another person's shoes.

"There are states that are not following this path, and I do not think that's good”, he noted, referring to the Trump administration as the media outlet reports.

Van der Bellen met with Vladimir Putin in Sochi. Earlier reports suggested that he planned to talk about international issues, such as China and Iran. The presidents are to open the bilateral civil society forum "Sochi Dialogue" in the southern Russian city. Its mission is to strengthen cultural and scientific ties between both nations.