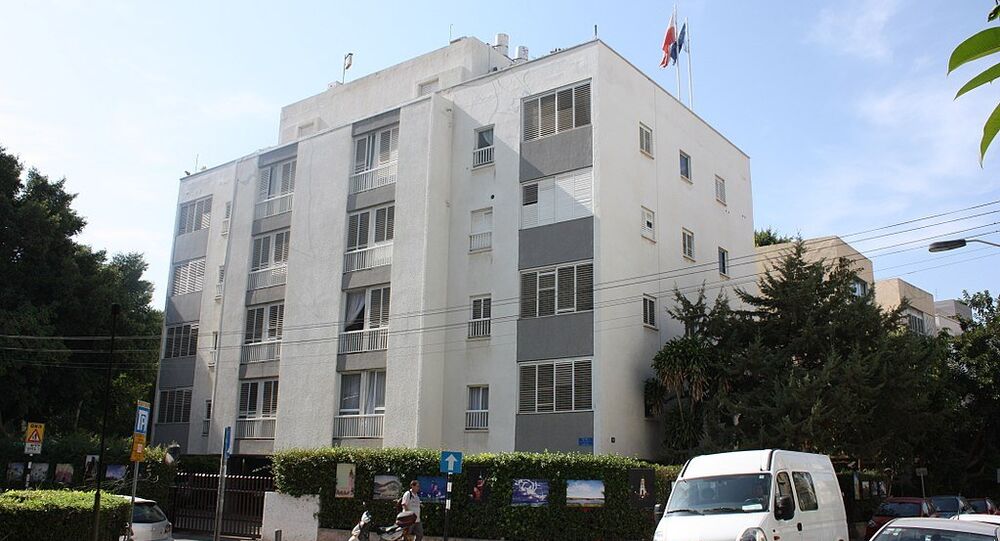 The assault, which has been called out for its “xenophobic” nature, comes a day after Poland cancelled the visit of an official Israeli delegation to Warsaw, which was due to discuss Jewish property expropriated from Polish Jews by the Nazis - a contentious issue in the two countries’ bilateral relations.

The Polish Foreign Ministry in Warsaw has summoned Israeli Ambassador Anna Azari over an incident when an Israeli national spat at the Polish ambassador, Marek Magierowski, while he was about to leave his car near the Polish Embassy in Tel Aviv. The perpetrator, a 65-year-old resident of Herzliya, was nabbed by police and placed under house arrest shortly afterwards.

Poland’s Prime Minister Mateusz Morawiecki expressed shock over the incident, calling out the “xenophobic” attack on his country’s diplomat.

“Poland strongly condemns this xenophobic act of aggression. Violence against diplomats or any other citizens should never be tolerated”, Morawiecki tweeted Wednesday.

I am very worried to hear of a racist attack on @PLinIsrael ambassador @mmagierowski. Poland strongly condemns this xenophobic act of aggression. Violence against diplomats or any other citizens should never be tolerated.

Israeli Foreign Ministry spokesman Emmanuel Nahshon also denounced the assault, expressing the ministry’s “fullest sympathy to the ambassador and shock at the attack”, stressing that the incident comes as “a top priority”, as they are "fully committed" to diplomats’ safety and security. He went on to add that the escapade was being looked into by police and they “will update their Polish friends” on what is found.

According to the police investigation, the incident took place near the embassy building. The diplomat’s car honked at the man as he was walking in the centre of the road, after which the man hit the vehicle’s rood. As Ambassador Magierowski went on to get out of the car, the suspect, who said he that had arrived at the embassy to solve issues surrounding Jewish property in Poland, spat at him. The man noted that he hadn’t been let in and had been greeted with an anti-Semitic slur by one of the guards.

The assault has fuelled a large-scale debate in both countries and around the world, with the two having lately been in a bitter standoff over how to remember the Holocaust and over demands that Poland pay restitution for former Jewish properties seized by the Nazis during Wold War II and later nationalised by the country’s new government. This week, on Monday, Poland cancelled the visit of an official Israeli delegation to Warsaw, which was scheduled to negotiate the restoration of Jewish property seized from Polish Jews by Nazis.

The tensions reached their climax in the wake of a recent piece of Polish legislation, aka the “Holocaust Law”, which criminalises anybody accusing the Polish nation of complicity in Nazi crimes. Although the law was initially passed in late 2017, Morawiecki, who assumed office at approximately the same time, backtracked following pressure from Israel and the US and called for further debate on the legislation.

As it reads today, the law deems it criminal to use the term “Polish death camps” in reference to the camps that Nazi Germany set up in occupied Poland, as well as punishable to blatantly minimise “the responsibility of the real perpetrators of the crimes”.

These legislative articles flew in the face of the global Jewish community, including Israel’s Yad Vashem Holocaust remembrance authority and Israeli President Reuven Rivlin, with opponents claiming that the law promotes Holocaust denial and downplays the role that some Poles played in the Holocaust.