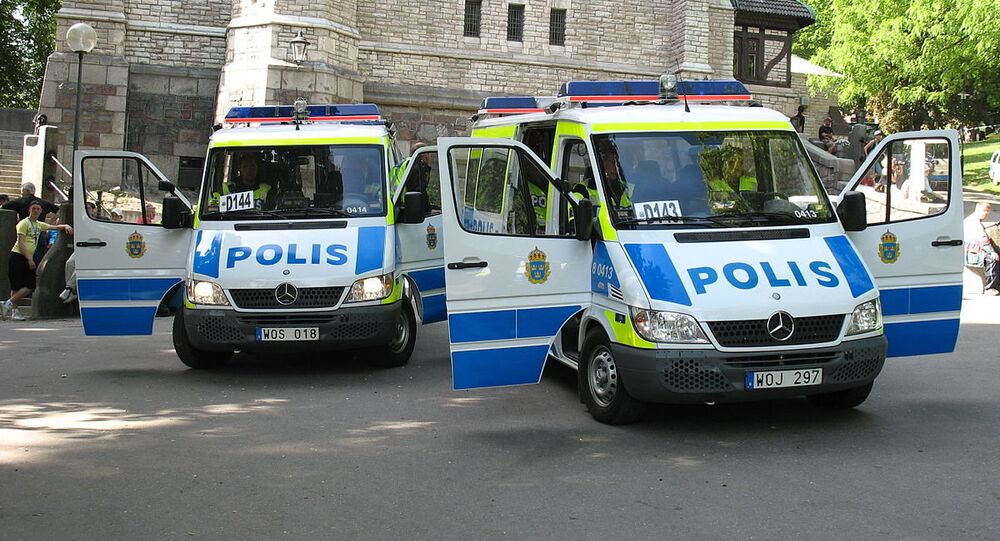 While the Jewish diaspora in Sweden's third-largest city has greatly decreased, Swedish Jews note persecution, growing discrimination, threats, and attacks. Many are contemplating moving to another country.

A woman in her 60s, who is a member of a Jewish congregation, has been subjected to a brutal knife attack in the Swedish city of Helsinborg, the local newspaper Helsingborgs Dagblad reported.

The attack occurred at 7:30 on Tuesday morning, when she was on her way to work. The attack, which has caused life-threatening injuries, has been classified as attempted murder.

"The woman is severely injured and was taken to hospital in an ambulance", the police wrote in its report.

The woman is a member of the Jewish congregation in Northwest Skåne, which is confirmed on the congregation's website. According to the congregation, the police are tight-lipped about the perpetrator's description, arresting a suspect in absentia.

"The police will be guarding Jewish sites in Helsingborg and in Malmö. So far, the police have been rather reticent about the perpetrator's description. We take this very seriously, and the congregation's crisis and disaster group has been alerted and is taking the necessary measures", the Jewish congregation wrote.

As of now, the police have not been able to establish if this was a hate crite, while the magazine Helsingborgs Dagblad described the attack as an "act of madness".

The story made international headlines, with Israeli President Reuven Rivlin condemning the attack.

"Once again, Jews in Europe are in danger. Today's brutal stabbing of a woman in Helsingborg, Sweden reminds us that we cannot rely on fading memories of the Holocaust to keep today's Jewish communities safe", Rivlin tweeted.

Once again, Jews in Europe are in danger. Today's brutal stabbing of a woman in Helsingborg, Sweden reminds us that we cannot rely on fading memories of the Holocaust to keep today's Jewish communities safe. Our thoughts and prayers are with the injured, her family and community.

​Earlier in May, the daily newspaper Expressen ran an article about Swedish Jews struggling with anti-Semitism in recent years.

"If a want to live an openly Jewish life, I see no future in Malmö", 19-year-old Salomea told Expressen, citing abuse and hate attacks.

According her, many Jews are afraid to show their Jewishness by, say, wearing the Star of David. A few weeks ago, she created the Instagram account "Prohibited", where young Jews anonymously tell stories of anti-Semitism.

The deteriorating conditions in Malmö have prompted an increasing number of Jews to leave the city. The membership of Malmö's Jewish congregation is shrinking with each year. In the early 1970s, the congregation had 2,500 members. Last January, it was down to over 500 people.

In a 2018 study by the European Union Fundamental Rights Agency (FRA), 35 percent of the Swedish Jews questioned said they seriously considered moving to another country.

"People move out because of fear. It has always been a thought of mine, too, that I can move to Israel. We have all thought about it", Salomea concluded.

Sweden's Jewish diaspora currently numbers some 20,000 people and is still one of Europe's largest. Yiddish is listed as one of Sweden's official minority languages.