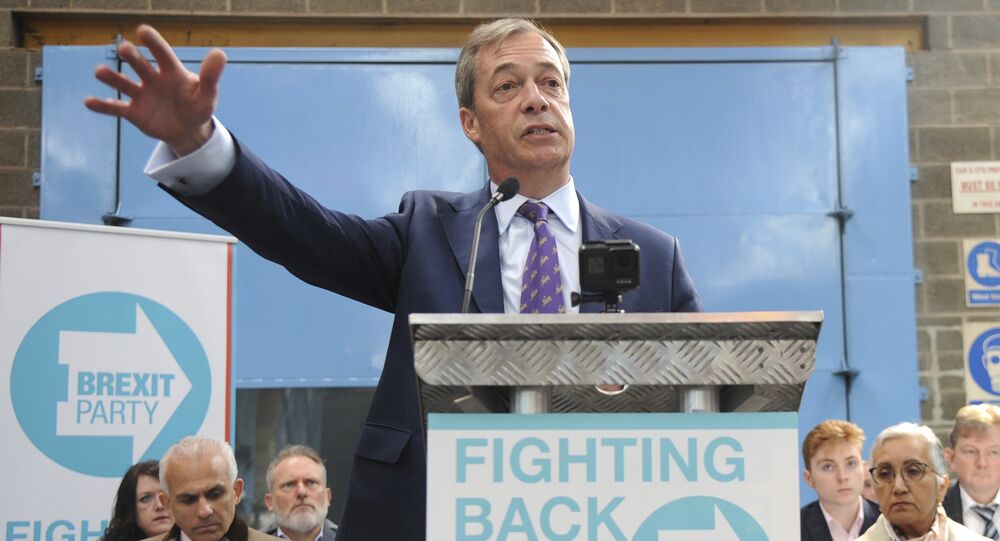 The editor of strongly pro-Remain newspaper The New European has been blasted after profanely mocking supporters of Nigel Farage and the Brexit Party, suggesting they were incontinent.

In a since-deleted tweet widely shared online, Matt Kelly posted a picture from a campaign event convened by Farage, mocking the lack of diversity and age of the crowd.

Many quickly pounced on his incendiary comments, with one critic saying his remarks "explain why practically nobody reads" The New European.

After deleting the tweet, Kelly posted a public apology, stating while his statements were "meant to be light-hearted", they'd obviously "upset a lot of people".

Just in case Matt Kelly decides to delete his hideously obnoxious tweet is a record of what he said. While I think the words are crass and unbecoming, he shouldn’t get to slink away. There’s a line of basic sense and decency and he’s way, way over it. pic.twitter.com/7DiBSmLH0U

​The online and print outlet is owned by local UK newspaper group Archant, and was established after the 2016 referendum and has the tagline 'Brexit news for the 48 per cent'.

clearly this tweet has upset a lot of people; it was meant to be light-hearted but it has caused a lot of people offence for which I apologise. https://t.co/xhHzjsVeXX

​Originally intended to run for just four weeks, it sold sufficiently well to remain in operation, selling around 20,000 copies a week.

This is Matt Kelly he is Editor at the “New European” so called newspaper and shows type of people who wish to keep us in the EU. Rude and talentless journalism ultimately irrelevant nobody. (With a tick) of course. Adds votes to @brexitparty_uk daily. pic.twitter.com/nSim22zbm7

'To win over the voters we need to insult them.' — Matt Kelly pic.twitter.com/iAmGZxDEJZ

Matt Kelly, editor of the New European, not exactly a spring chicken but exactly a cockalorum. pic.twitter.com/uMD3Fvs0Cv