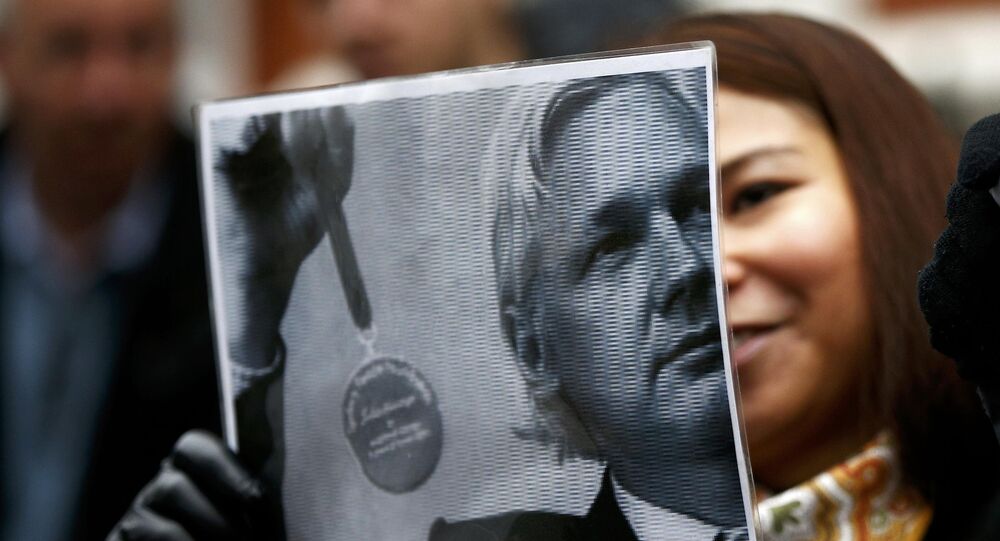 LONDON (Sputnik) – Duchess of Beaufort Tracy Louise Somerset, also known as Tracy Worcester, who pledged bail for WikiLeaks founder Julian Assange in 2010, told Sputnik that she intended to maintain her full support for the whistleblower.

"I am deeply concerned about the Swedish authorities reopening the investigation in fear that it will result in Julian having to go to Sweden as they have a record of meekly obeying US extradition requests … I was a guarantor for Julian’s bail as he is a hero, prepared to give his freedom for us to have free speech and transparency in our government's actions. I will continue to support him in whatever way I can", the Duchess said.

She stressed that Assange was cleared in Sweden during preliminary probes in 2010 and 2017.

The statement comes after on Monday, Swedish prosecutors said they were reopening a controversial rape case against the WikiLeaks founder. He repeatedly denied the accusations, stressing the case was just an attempt to ensure his extradition to the US.

© AP Photo / Matt Dunham
WikiLeaks Sees Chance to Clear Assange's Name as Rape Case Reopened in Sweden Almost 10 Years Later
Earlier this month, a court in London sentenced Assange to 50 weeks in prison for breaching bail by seeking refuge in the Ecuadorian Embassy in London back in 2012. The UK police detained the whistleblower in the embassy in April after the Ecuadorian government withdrew asylum.

Washington is seeking Assange's extradition on charges of conspiracy to commit computer intrusion. However, WikiLeaks said in April the United States might be building an espionage case against him. This charge carries the death penalty as a maximum potential sentence.