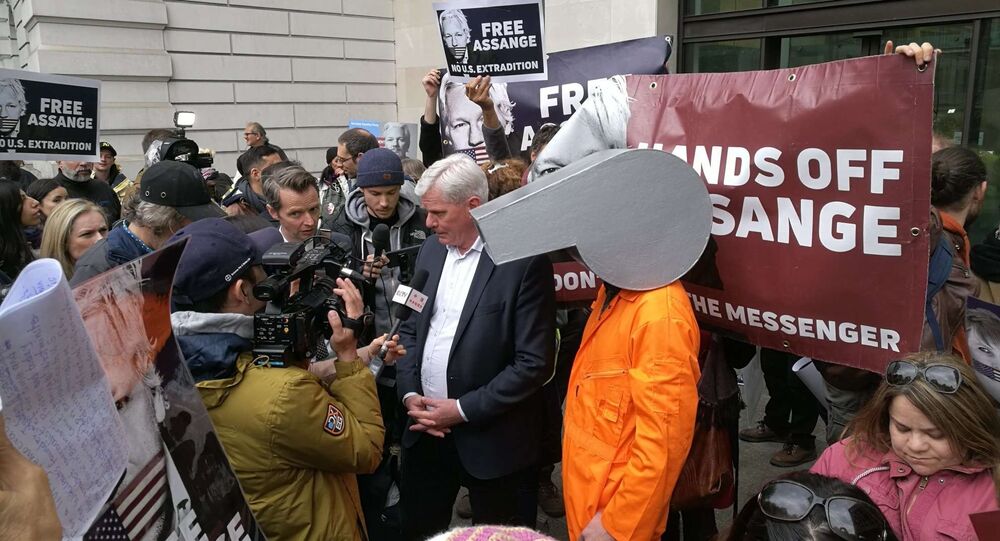 MOSCOW (Sputnik) - Sweden will likely hand over WikiLeaks founder Julian Assange to the United States given a history of extradition between the two, the website’s editor-in-chief, Kristinn Hrafnsson, told RT.

"Sweden doesn’t have a totally good history when it comes to cooperation with the US authorities. One of the most disgraceful renditions happened from Stockholm where a refugee was thrown into the hands of the CIA and… flown to Egypt where he faced torture. Anything can happen", he said.

Sweden has reopened a controversial rape case against Assange. Hrafnsson called the decision politicised. The case was closed after a Swedish prosecutor found no evidence of crime but was reopened at the UK request, he said. London is holding the whistleblower and will decide whether to prioritize the US or Swedish extradition.

"It will be a political decision first and foremost. Justice is long gone from anything when it comes to Julian Assange. He has no justice at all", Hrafnsson stressed.

© CC BY 2.0
Lawyer for Assange's Rape Accuser Hopes UK to Extradite Assange to Sweden
Earlier in the day, Swedish prosecution announced the reopening of the investigation, just over a month after Assange was stripped of his political asylum by Ecuador and arrested at the Ecuadorian embassy in London.

Assange skipped bail and hid in the Ecuadorean embassy in London in 2012 for fears he would be extradited to the United States to face death penalty for leaking damning Afghan war logs. He was stripped of asylum status and arrested last April. The United States wants Assange on hacking charges.