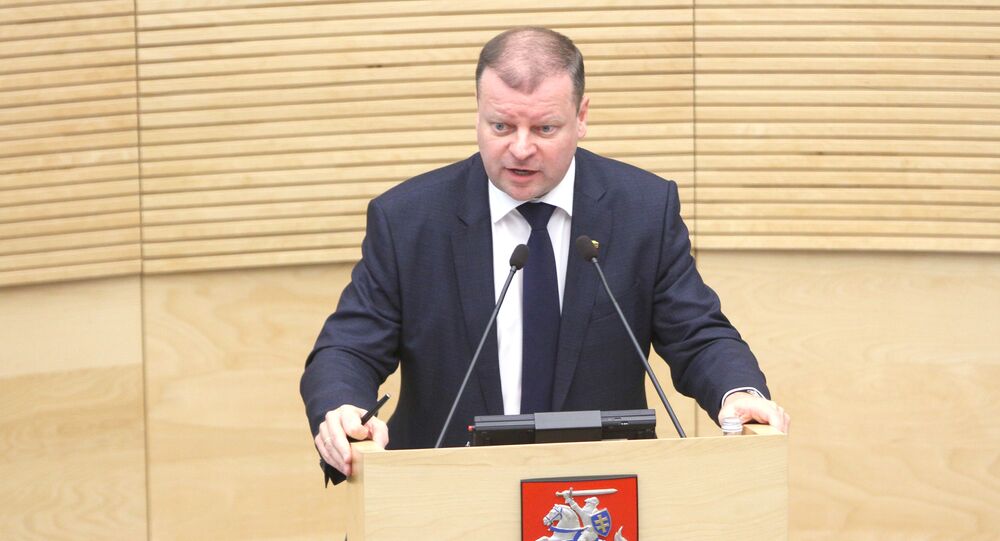 Lithuania held its presidential election on Sunday, with nine candidates running for the country's highest office.

With ballots from 1,586 of 1,972 polling places reportedly counted, Lithuanian Prime Minister Saulius Skvernelis is third with 22.24 percent of the vote, behind economist Gitinas Nauseda leads with 31.52 percent and former Finance Minister Ingrida Simonyte with 26.76 percent.

Skvernelis said on Monday, cited by Reuters, that he will step down on 12 July after the vote tallies reportedly showed his defeat in the country's presidential election.

"The trend is evidence of our defeat. I accept this as an assessment of my work as a politician, as a prime minister, and resign," Skvernelis told his supporters on Sunday. His speech was broadcast on Lithuanian television

A total of nine candidates were in the running for the country's highest office. Ingrida Simonyte, the country's former minister of finance, and economist Gitanas Nauseda were leading opinion polls ahead of the vote.

The contenders have different views on the domestic policies of the country, but none of them is planning to change Vilnius' course toward Moscow.

The second round of presidential elections will be held in the republic on 26 May. The President of Lithuania is elected for a term of five years.

Currently, dual citizenship in Lithuania — which has been among the countries with the biggest depopulation amid the exodus triggered by the EU accession — is prohibited. In October, the Lithuanian parliament suggested holding a referendum on whether to allow Lithuanians to have dual citizenship.

Earlier, Lithuanian Foreign Minister Linas Antanas Linkevicius stated that Lithuanians might be allowed to have dual citizenship only with those countries that are close to the Baltic republic "in terms of values".