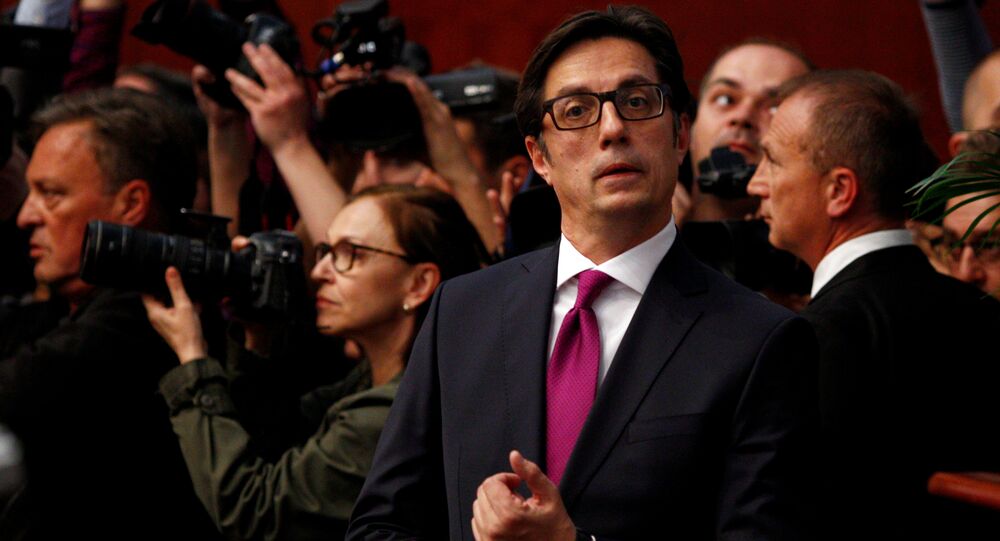 "Energy and potential of the whole society should be focused on strategic tasks ... I mean our Euroatlantic integration first of all, on which all political subjects have reached agreement on a rhetorical level. Meanwhile, the proposed models of its implementation are different ... As the president, I will apply all diplomatic efforts toward completing the process of our full membership in NATO. And I insist that during the entire period of negotiations on our accession to the European Union, the best minds of the country should be engaged in these talks, no matter if they are members of the opposition or non-governmental organizations, or independent experts," Pendarovski said after his swearing-in ceremony, held earlier in the day.

He also pledged to fight corruption and improve the country's economy.

The swearing-in ceremony was held in the North Macedonian parliament, based in the country's capital of Skopje. Albanian President Ilir Meta, Bulgarian President Rumen Radev, Serbian President Aleksandar Vucic and Hashim Thaci, the president of the self-proclaimed republic of Kosovo, attended the ceremony, as well as foreign ministers and deputy foreign ministers from Greece, Montenegro, Poland and Turkey and foreign ambassadors.

Pendarovski was born in Skopje in 1963. Between 1998 and 2001 he headed the analytic department of the country's Interior Ministry. He also served as presidential adviser for national security between 2001 and 2004, and 2005 and 2009. In 2014, Pendarovski ran for the presidency as a Social Democratic Union candidate but was defeated by Gjorge Ivanov. Pendarovski has recently served as the national coordinator for NATO integration.